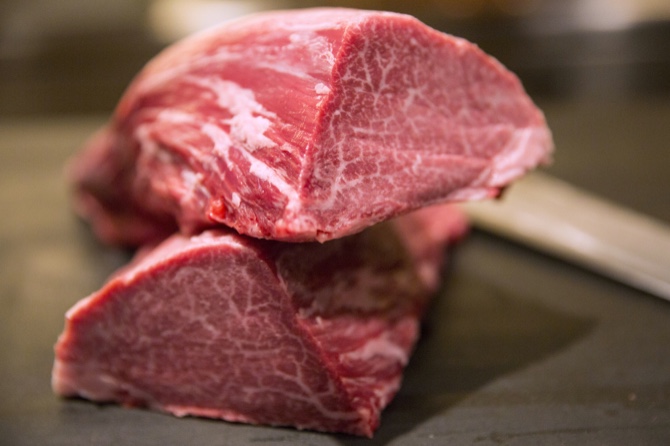 The world’s most pampered cows are finding that a key supplement in their carefully designed diet is getting harder to come by thanks to thousands of pigs falling sick in China.

Japan’s wagyu, known for its soft, fatty, marbled meat, are dependent on China for supplies of rice straw, an important part of the gourmet cattle’s high-calorie, high-protein diet. Since the outbreak of African swine fever in China, a large portion of the vital feed has been banned from entering Japan, and its agriculture ministry fears that eventually no supplies will be available as the deadly disease spreads.

African swine fever, a highly contagious disease that began spreading in China in August, has raised alarm in neighboring nations with increased disease surveillance and tighter control of imports. With no vaccine, the virus is 100 percent lethal to pigs and can wreak havoc on a country’s agricultural industry. While the disease can’t affect cattle, it can be transmitted to pigs via contaminated feed, meaning Japan has to boost its biosecurity measures to prevent the virus from entering its borders.

“This is a big problem for both Chinese and Japanese livestock industries,” said Shinichi Igawa, deputy director at Japan’s agricultural ministry’s animal health division. “We may have to find alternative supply sources for rice straw, or alternatives to rice straw, given the risk that African swine fever will keep spreading across China.”

The ministry has already suspended rice straw shipments from 25 of the 80 Chinese processing facilities approved for imports by Japan. The 25 banned facilities are within a 50 kilometer radius of Chinese pig farms hit with African swine fever. The remaining facilities are also at risk as they are in the northeastern provinces of Liaoning and Jilin, both affected by the disease.

The outbreak of African swine fever was confirmed in 74 locations in China by Nov. 9, according to Japan’s ministry. Of the total, 27 were in Liaoning. Rice straw imports from China fell 17 percent to 16,586 tons in September from August, according to data from the agriculture ministry.

Japan imported over 200,000 tons of rice straw from China last year, about 20 percent of the total needed to feed its premium cattle, which is being sold at Aeon supermarkets for more than USD150 per kilogram. Chinese rice straw can be bought as cheaply as 10 yen ($0.09) per kilogram, while the domestic variety can cost more for farmers who don’t have rice growers nearby due to the high transportation costs. It may be more economical to buy alternatives, such as wheat straw from the U.S. or Australia, Igawa said.

For lovers of wagyu, the already expensive beef could become more expensive unless a substitute is found, Igawa said. Aya Takada, Bloomberg