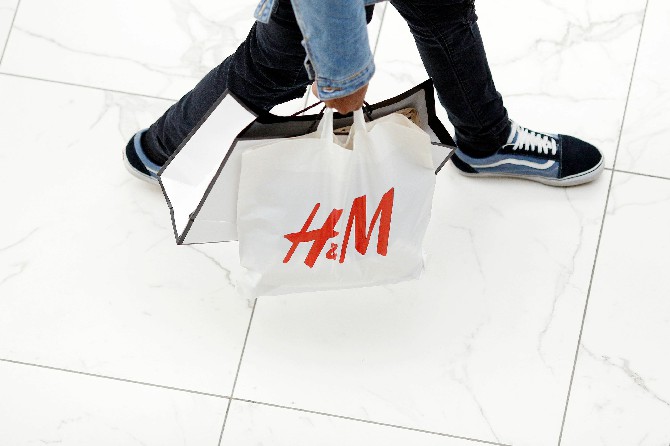 The spreading coronavirus is showing the world what happens when Chinese consumers stay away: Shopping streets empty out, stores close and sellers of everything from sneakers to fancy handbags sound the alarms.
Across China, where the deadly outbreak emerged, shopping malls have been shuttered. In the cosmetics shops of Seoul, the glitzy department stores of Tokyo’s Ginza district and the luxury boutiques of Paris, Chinese tourists are dwindling. Taking the hit are companies ranging from U.S. sportswear giant Nike Inc. to Japanese cosmetics maker Shiseido Co. to British fashion brand Burberry Group Plc.
“Reliance on the Chinese consumer is about to be fully exposed,” Flavio Cereda, an analyst at Jefferies, wrote in a note to clients.
Exposure has come swiftly for the likes of Burberry, which generates 40% of its sales from China’s shoppers at home and abroad. The trenchcoat maker on Friday warned the virus is wiping out as much as 80% of sales at stores that remain open in China. More than one-third of its outlets there have been shuttered.
Canada Goose Holdings Inc. said the coronavirus is “having a material negative impact,” following a similar announcement earlier from Nike. Shiseido said the outbreak cut China sales of four of its top brands by more than half during the Lunar New Year holidays. Walt Disney Co. said profit will shrink by $135 million if Shanghai Disneyland, which it shut as a precaution to limit the spread of the virus, remains closed for two months.

Luxury goods
The stakes are especially high for luxury-goods companies like Burberry, LVMH and Kering SA, which have ridden a wave of Chinese demand. Mass-market chains such as Starbucks Corp. and clothier Uniqlo have also pinned their hopes on the fast-growing market, full of consumers eager to splash out on foreign brands.
Making matters worse for retailers, the virus has coincided with the Lunar New Year – one of the biggest travel and shopping seasons for the Chinese. Last year, shoppers spent 1 trillion yuan ($143 billion) in the weeklong period.
Shares of Louis Vuitton parent LVMH, Gucci owner Kering and other European luxury companies slipped Friday after Burberry’s warning, though they remain near all-time highs after a multiyear sales boom in China. Many executives have said they expect only a short-term hit from the virus, and the sector has proved resilient in the face of recent threats such as anti-government protests in Hong Kong.
The luxury business also bounced back from previous illness outbreaks in China, including the SARS virus in 2003. But its exposure to the country was much smaller then, and the government has responded more aggressively this time around, imposing quarantines around the virus epicenter of Wuhan and travel restrictions elsewhere. Even consumers who are free to move about are reluctant to venture forth and risk catching the virus.
“What we’re seeing is consumers are self-quarantining,” Burberry Chief Financial Officer Julie Brown said in an interview. The suspension of package-tour sales is keeping many Chinese from making the overseas trips that have traditionally fueled growth in luxury spending. “As restrictions spread, this effect will worsen,” she said.

Japanese labels
Japanese brands may be among the hardest hit. Shiseido and Uniqlo operator Fast Retailing Co. each generate about one-fifth of sales from China – a proportion that in both cases more than doubled in the past five years. Back home, Japanese businesses have also benefited from a surge in Chinese tourists, who spend almost twice as much as other overseas visitors.
“In department stores, drug stores, duty-free stores, it’s clear we’re seeing an impact to our sales from fewer Chinese tourists,” Shiseido CEO Masahiko Uotani said.
Japanese department-store operators posted double-digit-percentage year-on-year declines in tax-free sales – a gauge of Chinese tourist spending – during the holiday period. In China, about half of Uniqlo and Ryohin Keikaku Co.’s Muji stores have been closed as part of the efforts to contain the virus.
Companies reporting earnings in coming weeks, such as Walmart Inc. and Kering, will flesh out the bigger picture.
“Chinese consumers’ spending patterns are going to have an impact on global consumption trends,” said Jason Yu, a Shanghai-based managing director at Kantar, a consumer trends consultancy. “Nobody can remain intact in such a globalized environment.”

Marketing cuts
Some businesses are shutting their doors now rather than risk the bad publicity that a virus outbreak in a store would bring, Yu said. Others, such as Danish brewer Carlsberg A/S and Shiseido, have scaled back marketing in China.
“We are working on being as agile as possible,” Ralph Lauren Corp. CEO Patrice Louvet said on a call last week.
Broad-based consumer-goods companies may be better insulated than luxury labels, as shoppers keep buying staples like shampoo and skin cream while eschewing splurges on leather handbags.
Investors shrugged off L’Oreal’s warning of a short-term sales hit, focusing instead on its better-than-expected sales growth in the most recent quarter. Japanese personal-care and cosmetics maker Kao Corp. boosted output after seeing an uptick in demand for disinfectant and bathroom cleaner.
Home-bound consumers can also keep shopping online, which will “definitely help” counteract the negative impact of the virus outbreak, the French cosmetics giant’s CEO Jean-Paul Agon said on a call.
Luxury brands that are more dependent on discretionary spending may have to bet on the resilience of shoppers like 51-year-old Lily Li. The Beijing resident canceled a February trip to Las Vegas, where she had hoped to stock up on her favorite luxury brand, Kering-owned Bottega Veneta.
“I’m doing zero shopping right now,” Li said. “Hopefully the virus will be gone by spring. Then I can travel around and make up for the shopping I missed.” Bloomberg