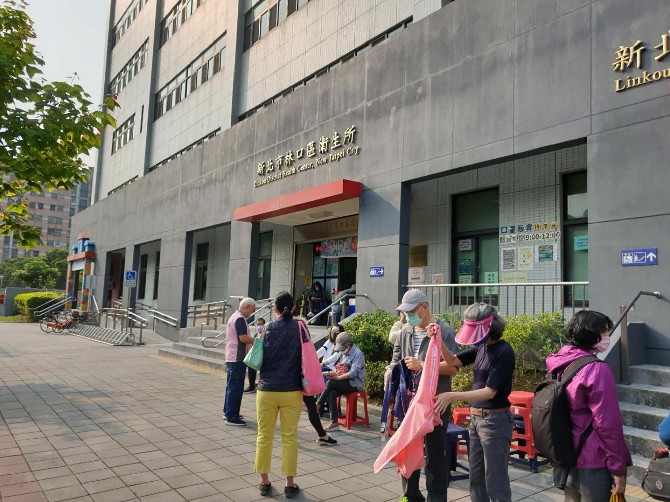 The World Health Organization said it’s working with Taiwanese health experts after an interview went viral in which a senior official appeared to hang up on a reporter who asked about the island’s membership status in light of the Covid-19 outbreak.
In the segment aired by Hong Kong broadcaster RTHK, a journalist asked Bruce Aylward, who helped lead a WHO mission to China’s Wuhan, if the organization would consider giving Taiwan membership. The footage showed him saying he couldn’t hear properly, and asking the reporter to skip to the next question. It then showed the line disconnecting after the reporter said she’d like to hear more about Taiwan.
Later when the call was reconnected, the presenter asked him to comment on Taiwan’s progress in containing the virus. Aylward replied that all areas of China have done well and wished Hong Kong luck in its efforts.
Taiwan’s Foreign Minister Joseph Wu tweeted that the WHO should set politics aside when dealing with a pandemic. Supporters of Taiwan say the WHO is too deferential to Beijing, which considers the self-governed democracy part of China.
“The question of Taiwanese membership in WHO is up to WHO Member States, not WHO staff,” spokesman Tarik Jasarevic said in an email. “WHO is taking lessons learned from all areas, including Taiwanese health authorities, to share best practices globally.” Jasarevic did not respond to a question on whether Aylward had hung up on the reporter.
The WHO has a point of contact with Taiwan to receive information, and the island is involved in epidemiology training. Two Taiwanese public health experts took part in a research forum the WHO organized in February.
WHO Director-General Tedros Adhanom Ghebreyesus has repeatedly backed China, even as Beijing was criticized by other countries and organizations for being slow to respond initially to the outbreak there, and for resisting cooperation with international disease-trackers. After weeks of wrangling, Aylward’s WHO response team gained access to Hubei province, where the virus first erupted.
Beijing is a big financial supporter of countries across Africa, including Ethiopia, where Tedros also served as foreign minister and a high-ranking member of its former ruling coalition.
With about 300 cases and just two deaths, the Taiwanese caseload is low relative to population, according to the WHO. Thomas Mulier, Bloomberg