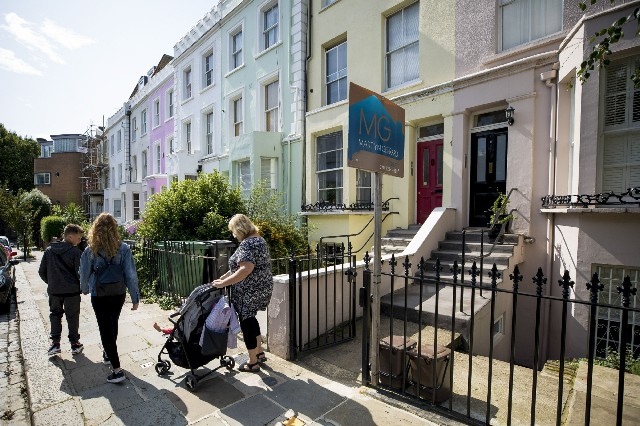 London and Hong Kong, two premier financial hubs, have been stifled by ongoing political tension. But for real estate, the cities face different futures, according to the property arm of the world’s largest auction house.
Prices in London, suppressed in part as the U.K. grapples with Brexit, will rebound quickly, said Dan Conn, chief executive officer of Christie’s International Real Estate. But improvement is far less certain in Hong Kong, after five months of violent protests, he said.
The three-year fight over Brexit may be coming to a head with the Dec. 12 general election. Conservative Prime Minister Boris Johnson is gambling an election will finally give him the numbers in Parliament to push through Britain’s often-delayed divorce from the European Union.
His rival, Labour leader Jeremy Corbyn, could put the whole thing to a second referendum, though he is trailing badly in polls. The EU has granted a three-month Brexit delay to Jan. 31.

London calling
Conn likes London because the U.K. market has been “hammered” for years, offering deals in what he calls a “great market.” Home prices in London’s most expensive districts have declined by 20.4% since their peak in 2014, according to broker Savills Plc. Brexit has also weighed on pricing, with values down 13.6% since the referendum vote, the broker’s data show.
“It’s depressed – it has the potential to come back relatively quickly,” Conn said in an interview in New York. “If you’re a buyer now, you can take advantage of the last four or five years that have been not so great.”
But Johnson may impose a potential roadblock. His party said it plans to hit foreign buyers in England with a new tax intended to cool prices and help locals begin buying again.

Hong Kong on hold
In Hong Kong, the standoff with pro-democracy protesters has continued to dampen investor confidence – with no immediate sign of resolution.
Earlier this month, the city revised down its estimate for economic growth this year, with the government now forecasting the first annual contraction since the global financial crisis a decade ago. That makes any prediction for a rebound less certain.
“If you bought in Hong Kong two years ago, and you had to be a seller today, yeah, you probably have a little bit of indigestion,” he said.
In Asia, Conn likes Taiwan. It’s “now becoming a perceived relatively safe place to deploy capital because it has great infrastructure, and there’s a good concentration of wealth,” he said.
Looking ahead, a broader economic downturn is another challenge for real estate globally. Conn doesn’t anticipate a recession until the next U.S. president is sworn in following the elections in November 2020. “If you looked at it in the ordinary course, my guess would be 2021 at the earliest, but probably not much later either,” he said.
While interest rates are low, even lower ones would help, Conn says. He can’t remember a time when so many geopolitical factors – from trade wars, Hong Kong protests, Brexit, to state and local tax deductability in U.S. – are lining up against property investors.
“I’ve been surprised by the policies of the current administration because they don’t favor real estate in a lot of cases,” Conn said. Bloomberg