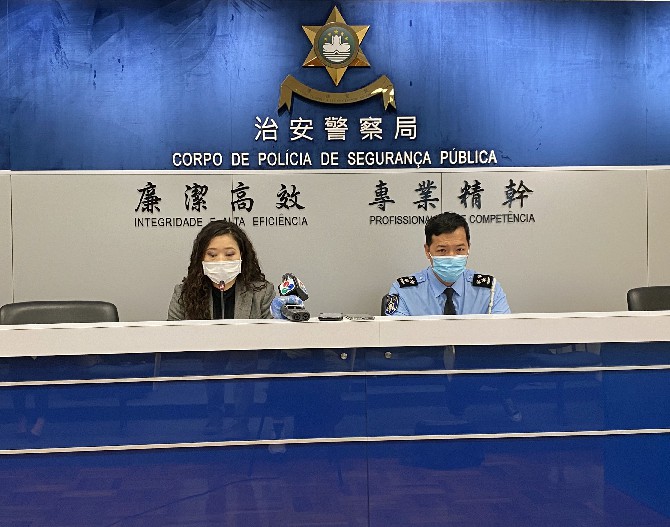 A woman from the mainland is accusing two of her gaming partners of abusing her trust and appropriating HKD275,000 that belonged to her, the Judiciary Police (PJ) spokesperson reported yesterday.
The case occurred on February 18, two days after the woman and a friend had arrived in Macau with the purpose of gambling in a casino in Cotai.
On that day, the victim met the two men, also from the mainland, and they started to play together in the casino.
In the early hours of February 18, the group decided to establish a partnership joining efforts in putting money together to play in the casino.
Under the agreement, the woman put in HKD90,000 while the other two men contributed a combined amount of HKD110,000. According to their agreement, all the earnings would be split into equal shares, with 50% for the woman and 50% for the two men.
During the playing time, the main suspect was in charge of managing the gaming chips.
At around 3 a.m., the victim felt tired and decided to take a rest in her hotel room while the men continued playing in the casino.
During that period, the suspect made a lucky bet and won a total of HKD300,000.
The victim was aware of the previous earnings when she returned to the gaming floor around one hour later. In another bet at around 6 a.m., the suspect won once again, this time a sum of HKD70,000.
At that time, the victim asked to be paid her share of the winning bets (HKD150,000 + HKD35,000) but the suspect refused to pay her, claiming that in the bet in which he won HKD70,000, he was playing with his share of the money and not with the combined amount.
They then went to a room to discuss the matter but they did not reach an agreement and the suspect left the room and went to the casino to continue to play.
Because the victim had lost contact with him at that point, she felt deceived and asked the police for help.
In her complaint, the victim said she had lost a total of HKD275,000, including the HKD185,000 she said she was entitled to from the winning bets and the HKD90,000 that she provided as starting money.
At 10:45 p.m. on the same day, the suspect presented himself voluntarily to the PJ, confessing to having taken and used the victim’s money to play.
In his possession at the time, he had only HKD230,500 which he said belongs to the three people involved.
The PJ said they believe that there is enough evidence to forward the case to the Public Prosecutions Office (MP) to accuse the man of abuse of trust, punishable according to Article 199 of Macau’s Penal Code, which establishes a penalty of up to five years of imprisonment or a fine up to the equivalent to 600 days for the crime.