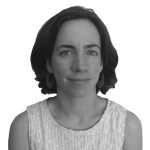 An election that takes days to conclude? An incumbent who says he’s been cheated, and threatens not to leave? Armed vigilantes outside counting centers? The 2020 U.S. presidential election has been watched with bemusement in the rest of the world, and none have enjoyed the show more than the autocrats long criticized and preached to by Washington. They are wrong to cheer.
There are clearly grave problems with an unusually complex electoral system that has shown itself to be outdated, and with a system that has allowed the falsehoods, abuses of power and traducing of democratic norms emanating from the White House over the past four years. After Joe Biden’s victory, American society remains deeply divided. Yet for all the dysfunction, angry rhetoric and court cases, votes were counted. That makes all the difference.
Even before ballots were cast, state media in China and Russia were talking up the chaos.
“Americans used to believe that only developing countries would witness serious disputes over their election process… with the losing side refusing to accept the outcome,” China’s state-backed tabloid Global Times said in an editorial. Its Editor-in-Chief Hu Xijin wrote Thursday that there was no longer a “collective feeling of envy” among Chinese citizens, while watching their U.S. counterparts vote.
RT, Russia’s state-funded international broadcasting arm, has long been a cheerful chronicler of America’s problems, depicting crime, racial violence and the shortcomings of democracy. It has reported on the 2020 poll with glee. “You gotta be kidding me,” Editor-in-Chief Margarita Simonyan wrote, in mock Cyrillic English, in reaction to the description of the U.S. presidential election as competitive and well-managed by the Organization for Security and Co-Operation in Europe, or OSCE.
Officials haven’t been far behind. One Russian deputy compared America to Kyrgyzstan, where a disputed parliamentary vote last month ended in turmoil, with opposition supporters storming buildings. Iran’s Ayatollah Ali Khamenei said it was all evidence of “severe civil, political and moral decline.”
It’s the schadenfreude that stands out among those often lectured on democratic values. Belarus leader Alexander Lukashenko, who has faced mass protests since a disputed presidential election in August, and Russia’s President Vladimir Putin had a telephone call last week that included a discussion of U.S. election results. It’s not hard to imagine the conversation.
The truth isn’t simple, though. As Sam Greene, director of the Russia Institute at King’s College London, put it, the U.S. election has been something of a Rorschach inkblot test, where autocrats and democrats alike see what they want to see.
Clearly, U.S. credibility has taken a hit. When Trump said after his election-night speech that the whole event was embarrassing, he wasn’t wrong.
Trump’s rhetoric, which included declaring victory from the White House while battleground states were still counting votes, has raised understandable alarm. The politicization of the judiciary during his term has been more than uncomfortable. But Trump isn’t a despot, in large part because institutions have reined him in. For all the sound and fury, he has had to contend with checks and balances. Most importantly, he hasn’t been able to do what any self-respecting authoritarian would have done: take control of the administration of elections. The decentralized U.S. process, left to local governments, never allowed it.
Instead, the world has seen wall-to-wall footage of people in precincts across the United States proceeding with the most fundamental of democratic exercises, and tallying votes. Turnout was higher than it has been in more than a century — no small feat in a country where in 2016 more people didn’t vote than backed either Trump or his opponent, Hillary Clinton. When the president made outrageous claims on television, he was cut off, and viewers were told the statements were false.
“I woke up and went to Twitter to find out who won. It’s still not clear,” Russian opposition politician Alexey Navalny tweeted on Nov. 4. “That’s a real election.” Clara Ferreira Marques, Bloomberg