World Views | How gratitude can help your financial life 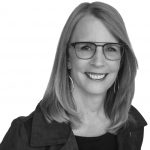 Gratitude makes us more aware of the sources of joy, wonder and hope in our lives. Being grateful also can improve health, strengthen relationships and help us manage our money.
Developing gratitude requires us to focus on what we have rather than on what we lack, says Meghaan Lurtz, a senior research associate with financial planning site Kitces.com and past president of the Financial Therapy Association. Such thankfulness has been shown to reduce feelings of impatience, perhaps making it easier to save and delay gratification as well as decreasing the temptation to spend.
Gratitude is a social, relationship-strengthening emotion with two parts, according to Robert Emmons, a professor of psychology at the University of California, Davis, and author of “Thanks! How the New Science of Gratitude Can Make You Happier.”
The first part is acknowledgement of the gifts and benefits we’ve received. The second is recognition that we have been blessed by help from others, good luck or perhaps the intervention of a higher power. Gratitude “requires us to see how we’ve been supported and affirmed by other people,” Emmons writes.
“There is a really important social quality to gratitude,” Lurtz says. “It can bring us together, it can connect us, it can help us to feel safe.”
It also short-circuits many negative emotions, such as resentment, envy or regret, Emmons found — it’s tough to feel envy and gratitude at the same time, for example. Lurtz believes that gratitude can increase contentment and reduces the desire to “keep up with the Joneses” by overspending or working excessively.
“We’re always trying to get to that next level,” Lurtz says. “We should be asking, ‘When is enough, enough?’ “
The positive effects of gratitude, such as improvements in mental health, can strengthen over time. In a 2017 study, college students who wrote weekly letters of gratitude to another person for three weeks reported better mental health than other participants four weeks later, and the difference in mental health increased after 12 weeks, according to researchers at Indiana University.
Feeling appreciated and expressing appreciation are hallmarks of strong partnerships, says Ed Coambs, a certified financial planner and couples therapist in Charlotte, North Carolina.
“In a flourishing, healthy relationship, gratitude flows naturally and pretty easily,” Coambs says. “In a functioning relationship, it’s more intermittent, a little less consistent. In a dysfunctional relationship, it’s absent.”
Lurtz believes many couples’ disputes over money stem from partners not feeling appreciated. For example, one partner may reward themselves with purchases because they don’t feel adequately rewarded elsewhere in their lives. Meanwhile, the other partner may feel underappreciated for their efforts to save money and look after the couples’ future.
The future-focused spouse isn’t “right” and the present-focused one isn’t “wrong.” Financial planning is all about finding a balance between the present and the future. Expressing gratitude for each other can help couples strengthen their bonds and cultivate feelings of well-being so they can find that balance, Lurtz says.
Research shows that writing down a few things you’re grateful for, keeping a gratitude journal or composing letters thanking others for something they’ve done can all contribute to more positive emotions, better relationships and greater happiness.
Positive emotions and strong relationships are in turn associated with greater “financial self efficacy, “ or people’s belief in their ability to accomplish their financial goals, Lurtz says.
And while sadness can increase feelings of “economic impatience” — the desire for a smaller cash award now over a larger one in the future — gratitude has the opposite effect, helping people to delay gratification, according to a 2014 study by researchers from Northeastern University; University of California, Riverside; and Harvard.
What doesn’t work is demanding that someone else feel grateful. Admonitions to “count your blessings” can actually intensify feelings of shame, anger or resentment, Coambs says.
“It may be well intended, but it can land very inconveniently,” he says. Liz Weston, MDT/NerdWallet