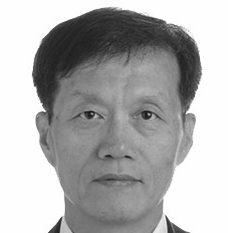 In its recent Regional Economic Outlook, the International Monetary Fund notes that the COVID-19 pandemic has taken a turn for the worse in Asia since the spring, along with the region’s growth outlook. The growth projection for the Asia and Pacific region has been downgraded by more than 1 percent to 6.5 percent compared with the April 2021 forecasts－more than for any other region.
The downgrade is mostly due to the fast spread of the Delta variant of the novel coronavirus amid initially low vaccination rates, which has tragically led to further devastating loss of lives, especially in densely populated South and Southeast Asia.
Although demand for Asian manufacturing and exports from Europe and the United States has supported recoveries, real GDP outcomes in the first half of 2021 have been disappointing. Manufacturing held up because of surging demand for pandemic-related supplies, but contact-intensive sectors such as services and retail sales are taking longer to recover.
Despite the downward revision, the Asia-Pacific region remains the fastest growing region in the world. But the divergence between Asia’s advanced economies and emerging and developing economies is deepening. High-tech (for example, China, and South Korea) or commodity exporters (for instance, Australia and New Zealand) can take full advantage of the favorable external demand and accommodative financial conditions.
By contrast, tourism-dependent economies such as the Pacific island countries and Thailand, as well as economies with limited room for fiscal stimulus (mostly low-income countries), have been lagging behind.
As vaccination rates accelerate, the region is expected to grow by 4.9 percent in 2022, 0.4 percentage point faster than projected in April. However, output levels in emerging and developing economies are expected to remain below pre-pandemic trends in the coming years.
Accelerating inflation remains a concern for the global economy, although price increases in Asia are more subdued than in other regions. Higher commodity prices, supply chain bottlenecks, and rising shipping costs have impacted exports more than domestic production. Thus, domestic consumer price increases have been contained.
As a result, monetary policies in the region have not been tightened as much as in the rest of the world. While New Zealand was the first advanced economy to taper asset purchases and South Korea the first to raise policy interest rates (mainly due to financial stability considerations), emerging Asia has maintained an accommodative monetary policy to foster the recovery, unlike other emerging markets.
There are downside risks to the region’s economic outlook. On the health front, the uncertain path of the pandemic and weakening vaccine efficacy against the virus’s variants is a risk. On the economic side, global supply disruptions and potential financial spillovers from the US Federal Reserve scaling back its support for the US economy is a concern for the region.
Structural reforms and investments to develop new growth engines, including in the digital, education and green sectors, would help raise productivity and ensure more equitable outcomes for students and workers who have been dealt a blow by the pandemic’s upending of their learning and lives.
To explore the policies to foster a strong and durable recovery, the IMF’s Regional Economic Outlook presents two studies. The first study provides new empirical evidence on the health and economic benefits of swift vaccinations. The analysis quantifies how these inoculations can spill over across borders, demonstrating that no single nation can fully recover until all countries enjoy broad access.
The second study highlights how trade－a historically powerful driver of growth in Asia－has stalled, in part due to waning liberalization amid still high trade restrictions. The analysis underscores how reducing non-tariff barriers－which are significantly higher in Asia than in other regions－can help to accelerate inclusive prosperity. This would also build on the past progress achieved through regional agreements, such as the Comprehensive and Progressive Agreement for Trans-Pacific Partnership and the Regional Comprehensive Economic Partnership. Changyong Rhee, In China Daily