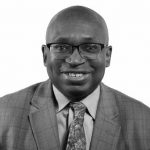 It’s clear that Representative Marjorie Taylor Greene doesn’t care too much what her congressional colleagues think of her: The day after she was stripped of her committee assignments in response to her long trail of vile QAnon-related rhetoric, she was boasting in person and on Twitter about how the sanction just means she will have more free time.
Just as dangerous, however, is that she doesn’t seem to care too much what her party thinks of her.
Once upon a time, losing a committee assignment would have been the end of a congressional career. A “zombie” member without a seat on a committee would be severely handicapped. Such seats are crucial to a member’s ability to, as the old saying goes, “bring home the bacon.” Unable to do that, any House member — especially a freshman — would be vulnerable to challenges in both the primary and general election.
None of this applies anymore. Instead, Greene is channeling her favorite Obi-Wan Kenobi persona: “If you strike me down, I shall become more powerful than you can possibly imagine.”
In the 48 hours leading up to her floor vote, Greene racked up $325,000 in contributions. Indeed, she has been (and presumably still is) actively fundraising off the firestorm she created. And she isn’t alone. Senator Josh Hawley — the face of the Republican Party’s challenge to President Joe Biden’s certification and the target of bipartisan wrath following the assault on the Capitol — has also done quite well for himself, raking in nearly $1 million since Jan. 6, his best month since his 2018 election.
Sound familiar? It should: It’s straight out of the Donald Trump playbook.
In 2016, Trump upended the Republican Party nominating process, using the power of his celebrity to go around gatekeepers at the national and state levels. By 2020, his control of the party was so absolute that none dared cross him — not members of party committees, not elected officials. That 45 Senate Republicans seem unwilling to hold an impeachment trial for Trump’s suggests that that his control remains strong.
This new reality is great for individual politicians. But how does it work for the parties, the traditional vehicles that politicians rode to higher office? Obviously, it’s too soon to make major predictions for 2022. But there’s evidence from last year that Republicans might have cause to worry about voters associating Greene with the party.
The constant references to Alexandria Ocasio-Cortez and the other “socialists” seemingly damaged the Democratic Party last fall, possibly leading to significant losses in the House and hurting the party’s chances in the Senate. Joe Manchin certainly thought so, even if AOC did not.
Democrats are counting on turning the tables in 2022. They plan to remind voters of every Republican who voted to keep Greene on her committees. Greene may well be the right’s AOC — except potentially more dangerous because, without a committee assignment, she has little reason to be responsible. Unconstrained from having to do “boring” committee work, she now can both spend more time in her district and cultivate a growing national base.
Last week, knowing that emotion sells, AOC shared on Instagram Live the terror she felt on Jan. 6. In much the same way that any Instagram influencer would, such events bond her to her supporters in a far stronger way than traditional political outreach. Expect Greene, no slouch on social media herself, to follow suit.
The bottom line is that in today’s culture a politician’s brand and influence is more important than her (or his) place in the party structure. The challenge for the parties —  one they ignore at their peril — is how to avoid paying the penalty for creative (and occasionally reckless) political free agents whose only loyalty is to personal ambition. Robert A. George, Bloomberg