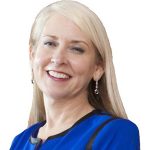 The coronavirus has been rough on museums. An October survey for the American Alliance of Museums found that two-thirds had cut back on public programs, more than half had laid off or furloughed staff and nearly a third were still closed to the public.

Those that were open had spent an average of $27,000 on virus precautions and had only about 35% their normal attendance. On average, the museums expected to lose 35% of their budgeted income in 2020 and 28% of normal operating income this year. Twelve percent said they had a “significant risk” of closing permanently by this fall.

That’s made art museums reconsider the ethics of selling parts of their collections. Controversially, the Association of Art Museum Directors has established a temporary safe harbor from censure or sanction for member museums that “deaccession” artworks “to support the direct care of the museum’s collection.”

In October, the Brooklyn Museum of Art sold 10 pieces, including a painting by Lucas Cranach the Elder, for $6.6 million at Christie’s and a larger group of works at Sotheby’s for $19.9 million. The money, along with that from future sales, will go to build a $40 million endowment supporting care of the collection. In the same Sotheby’s sale, the Palm Springs Art Museum, which has been closed for a year, sold a Helen Frankenthaler painting for $4.7 million.

Under normal circumstances, the association prohibits museums that sell art from using the revenue for operations or capital improvements. Proceeds can only go for buying more art. Museums that break the rule can be barred from borrowing art from other museums for exhibits, among other punishments. The moratorium on sanctions lasts through April 10, 2022.

But why not make the emergency measure permanent? Why not expand it to permit other uses of sales proceeds? The moratorium opens a small crack in a cartel that keeps large numbers of artworks out of sight, hampers the flexibility of long-standing institutions to develop new strategies, and limits the availability of art to upstarts.

Most large museums display only 5% of their collections at a time. “As a rule of thumb, consider the least distinguished object in a gallery, and you can be sure that there are one or two just a teeny bit inferior, and a dozen nearly as good, in a warehouse or the basement,” wrote Michael O’Hare, a public policy professor at University of California at Berkeley, in a 2015 article calling for art museums to do more to foster public engagement with art.

There is, of course, the danger that museums will sell timeless treasures to chase passing fads or overpay their executives. But as the successful backlash against the Baltimore Art Museum’s plans to sell some modernist masterworks demonstrates, people who care about a museum’s collection have ways of exercising their influence. Museum boards and professional staff deserve the flexibility to make the trade-offs appropriate to their institution’s circumstances, with or without a pandemic.