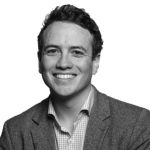 It’s tempting to imagine that the U.S. is finally catching up with Europe when it comes to skepticism — and regulation — of Big Tech.
The reality is different. While the Department of Justice is now pursuing a lawsuit against Google parent Alphabet Inc., and a House panel has proposed reforms to curb the power of Silicon Valley’s biggest firms, the European Union’s tackling of Big Tech is at a very different stage in its evolution. But ploughing too far ahead of the U.S. may be risky.
It’s useful to consider tech antitrust regulation in two acts. In the first, authorities seek to use tools already at their disposal to correct companies’ worst excesses. Should this prove ineffective, lawmakers can then move to the second act and seek to strengthen these tools by updating antitrust laws.
In the EU, the first act has played out over the past decade, as the region’s antitrust police have leaned on existing tools to impose so-called behavioral remedies, which aim to stop discrete anti-competitive practices: fines totaling 8.2 billion euros ($9.7 billion) on Google for monopolistic misbehavior in e-commerce, search and mobile operating systems; and an injunction seeking back taxes from Apple Inc. Further probes into Apple, Amazon.com Inc. and Facebook Inc. are well underway.
Despite those efforts, Big Tech’s dominance of online advertising and e-commerce continues seemingly unabated. It is perhaps too early to say that behavioral remedies have failed to keep the firms in check. But the European Commission, the bloc’s civil service, is pulling together a set of proposals which, if approved by the European Parliament, would give it expanded regulatory powers to tackle so-called “gate-keeping” platforms and may include the ability to force company breakups. They could arrive by the end of the year and be considered by parliament in 2021. In short, Europe is nearing the end of the first act and is about to embark upon the second.
The U.S. has meanwhile only just lifted the curtain on Act I. The Justice Department’s case against Google and the Federal Trade Commission’s impending decision on whether to bring a lawsuit against Facebook have, admittedly, the potential to be more blockbuster than anything the EU has managed to achieve. The DOJ has already intimated that it is open to considering so-called structural remedies, which can be further-reaching than behavioral ones. An extreme example would be precipitating Google to separate or divest part of its business.
Even so, the Google and Facebook cases (should the latter materialize) are both likely to take years. And proposals from the House subcommittee to update antitrust laws seem a long way from graduating to a bill, let alone an act. While the DOJ case may have bipartisan support, changing antitrust laws does not, unlike in Europe. If the cases prove successful in reining in the tech giants, it’d be easy to argue that the current tools are adequate, and therefore new laws aren’t required. Indeed, the cases might be an effort to preempt the need for new legislation, according to Nicolas Petit, a professor of competition law at the European University Institute and the author of “Big Tech and the Digital Economy: The Moligopoly Scenario.”
As the EU proceeds irrespectively with plans for a new antitrust toolbox, antitrust chief Margrethe Vestager and her cohort will have to make difficult choices about whether and how to use those new powers. Don’t get me wrong: Strengthening European regulators may well be desirable and prompt the tech giants to think more carefully about their actions.
Although it may appear that Europe and the U.S. are now singing from the same hymn sheet, there is a subtle discord. Any perceived European overreach could set the two regions on a collision course. Alex Webb, Bloomberg