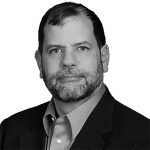 All politics is becoming vaccine politics. But vaccines are turning out to be more scarce in Europe, so the politics there will turn out to be more vicious than in the U.S.
There has been rioting in the Netherlands, mostly in protest of lockdowns, which are in place because the European Union did not order enough vaccines and there are few other tools to limit the spread of Covid-19. Portugal has been reporting a record number of Covid cases, but has few vaccines to spare beyond its health-care workers. Production glitches have slowed down the AstraZeneca vaccine, and there are rumors that the EU may impose export controls on the Pfizer doses made in Europe, which could hit the U.K. hard.
The U.S. is in a relatively favorable position, because it has two quality vaccines already being distributed and probably a third on the way. The total number of deaths is high, but often citizens judge a situation by whether they can see improvement. Currently U.S. hospitalizations are falling, and on many days more than a million Americans a day are vaccinated, with President Joe Biden having set a new daily target of 1.5 million.
So Americans can practice a politics of “Let’s hold on and get through this.” There will be many more casualties, but with the warmer weather approaching, there will be a general feeling that things are getting better. America won’t come close to the vaccination performance of Israel or Bahrain, but it will leave the pandemic feeling relatively triumphant. The U.K., which is on a faster vaccination pace than the U.S., will be in a similar position.
When people judge how painful an experience was, they often place a high value on first and last impressions. The last impressions of the U.S. and U.K. will be pretty positive. Most of the U.S. pandemic will be over by July, even under a subpar vaccination schedule.
In most of Europe, it’s hard to see much good news. It’s one thing not to have a vaccine. It’s far worse to turn on television or go on the internet and see people in other countries being vaccinated as their pandemics recede. Most of Europe will not be making significant vaccination progress until April, and even then shortages may remain.
At stake is the very legitimacy of the EU. Most of the vaccination contracts were handled at the EU level, although Germany sidestepped the agreed-upon procedures and cut some deals. If the EU fails at the most significant crisis in a generation, it may not maintain much legitimacy.
Failure won’t necessarily come as a cascading series of Brexits. Instead, nation-states may simply realize that the EU can be ignored on most questions that matter. Hungary is now ordering the Russian Sputnik vaccine, for example, even though it does not have EU approval.
After the vaccine rollout in Rome was cut by two-thirds because of supply issues, the Italian government threatened to sue the vaccine makers. Those same manufacturers are now less keen to make future agreements with Italy. In turn, Italy may behave more desperately as the pandemic progresses, as it will be further down on the list for additional vaccines.
The German government, meanwhile, for a time appeared to be leaking that the AstraZeneca vaccine is not very efficacious for the elderly. If true, that is itself a big problem. If false (as the company says), it will have made the elderly more suspicious of vaccines. In turn, AstraZeneca will be less keen to deal with Germany moving forward.
Many European countries may end up with fewer deaths per capita than the U.S. But at the end of the pandemic many Europeans may feel like their leaders failed them, that they suffered lockdowns for many months but received little in return. Right now vaccine politics is all about momentum, and so far only a few countries have it.
[Abridged]