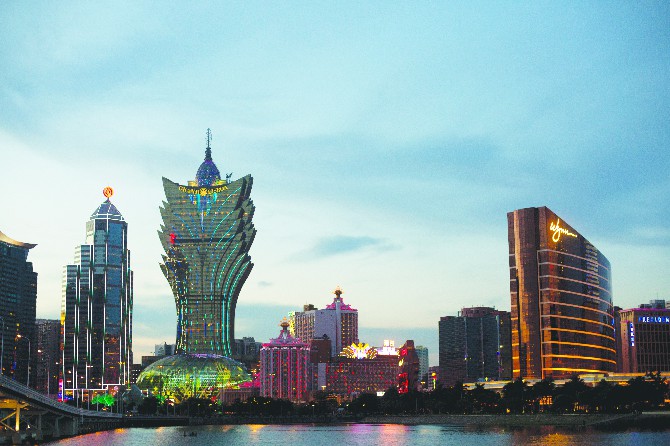 Casino stocks plunged to as much as a total of USD18 billion in market value following reports of a possible tightened regulations in the gaming industry as the local government kicked off the public consultation yesterday.
Sands China led the plunge with as much as 32.5%, Wynn Macau tumbled 29%, followed by MGM China who gave up 27% and local operator SJM Holdings dropped 24%. Melco International and Galaxy Entertainment Group dropped 20% each.
The decrease attributed to a total of over HKD147 billion when combined.
The massive slump came after Secretary Lei Wai Nong announced on Tuesday that the concessionaires will be under tighter scrutiny from the government which will have a greater authority to verify the background of both the staff hired by the concessionaires or entities who work with them.
This includes overseeing those who seek to establish partnerships with the concessionaires.
For Lei, there were still some deficiencies in industry supervision.
Gaming consultant Ben Lee explained to the Times that the three major issues causing dismay with the investors are the local shareholding increase, dividend control and direct supervision of day to day activities.
“Nobody knows what this means or their potential impact on the viability of the operations and until such time as the intentions are clearly mapped out,” said Lee, managing partner of IGamiX Management & Consulting.
However, the volatility in the stock market will remain.

Document of little insight
Lawyer Jorge Menezes criticized the public consultation document for providing similarly little insight, noting that the move is a “rare show of governmental incompetence.”
“In the first step taken on the matter, the government managed to achieve the unthinkable: wiping out USD18 billion from six Macau gaming companies in a single day,” the expert told the Times.
On Tuesday, the Secretary noted that one of the amendments were aimed at developing a healthy and stable gaming sector.
However, with the drastic plunge of the city’s gaming stocks, Menezes said that it has “failed categorically.”
The public consultation of the gaming law kicked off yesterday and will go on for 45 days.
For the lawyer, there is not much to expect from this consultation as he claimed that the government is already answering many questions which have been addressed to the public.
“The so-called consultation paper is packed with nuances and ambiguities. For example, it says ‘reducing the number of concessions does not mean to reduce competition’ but ‘reinforce’ it. Does this mean that one or more of the six will be left out?” he asked.
“This whole carelessness has an obvious negative impact on the market. The government seems to forget that they can rule out election candidates and fundamental rights, but they cannot rule out the way the international market works,” he added.

Crackdown on the rise
With the lucrative casino licences up for rebidding next year, the government aims to raise the general competitivenes of the sector amid a broad Beijing regulatory crackdown that is occurring in different sectors from technology to real estate.
Beijing’s crackdown has already cut off hundreds of billions of dollars off asset values.
Previously, it was announced that the party is rolling out a system known as Social Credit to track every individual and company in China and punish missteps ranging from dealing with business partners that break environmental rules to littering.
According to a Bloomberg report last night, a gaming executive, who refused to be named, said that the “strengthening regulation in operations has been scaring away gamblers in the last few years”
Therefore, the announcement made by Lei on tightening control on the gaming sector has further scared investors away.
Gaming consultant Lee has previously said that aside from the “new wind blowing from the north against video gaming, unwholesome entertainment celebrities, private gathering of data,” one would wonder if gambling is on that target list as well.
Another concern that remains is that it is still unknown who within the government oversees the drafting of the new gaming bill unlike in 2000-2001, where “there was a robust and well-known team.”
“This time around we are being left in the dark,” Menezes lamented.
Yesterday, Sanford C. Bernstein analyst Vitaly Umansky stated that revisions to Macau’s gaming law are “largely progressing as we had anticipated.”
For the analyst, casino operators had already been “expecting additional oversight in the boardroom.”
Brokerage Morgan Stanley has previously stated that regulatory measures, those imposed on gaming businesses, are not new.
As early as December last year, the Standing Committee of the National People’s Congress (NPC), China’s top legislature, sanctioned an amendment to the national criminal law criminalizing anyone who “organizes [for] citizens of mainland China to participate in gambling outside the country (or border), which involves a hefty sum or cases with serious consequences.”
The amended law came into force on March 1 this year. Gaming experts regarded this as a “stricter” regulation, which would deal a huge blow to the city’s VIP and premium mass market.
However, despite all these environmental factors, Morgan Stanley remained positive about Macau’s gaming industry.
Last month, gaming tax revenue collected from the casino operators stood at MOP3.27 billion, representing an increase of nearly 28% month-on-month.