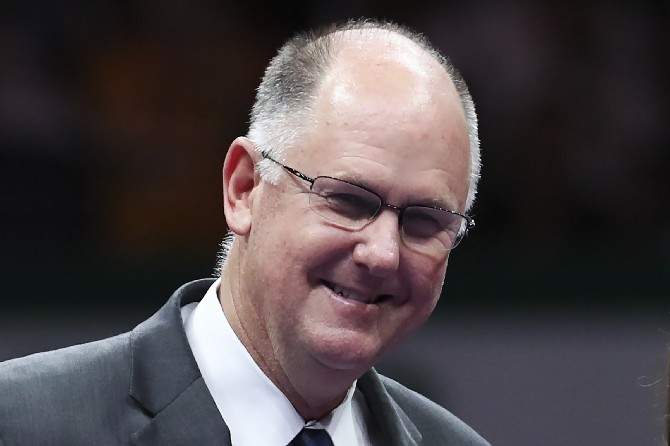 The suspension of all WTA tournaments in China because of concerns about the safety of Peng Shuai, a Grand Slam doubles champion who accused a former government official there of sexual assault, could result in cancellations of those events beyond 2022, the head of the women’s professional tennis tour told AP yesterday. “We’re hopeful we get to the right place, but we are prepared, if it continues as it is that we will not be operating in the region,” WTA President and CEO Steve Simon said in a video call from California. “This is an organizational effort that is really addressing something that’s about what’s right and wrong.”

He said the move to put a halt to the tour’s play in China, including Hong Kong, came with the backing of the WTA Board of Directors, players, tournaments and sponsors. It is the strongest public stand against China taken by a sports body — and one that could cost the WTA millions of dollars.
Peng dropped out of public view after raising the allegations about former vice premier Zhang Gaoli in a Nov. 2 social media posting that was quickly taken down by Chinese authorities.
In the month since, Simon has made repeated calls for China to carry out an inquiry into the 35-year-old Peng’s accusations and to allow the WTA to communicate directly with the former No. 1-ranked doubles player and owner of titles at Wimbledon and the French Open. MDT/AP