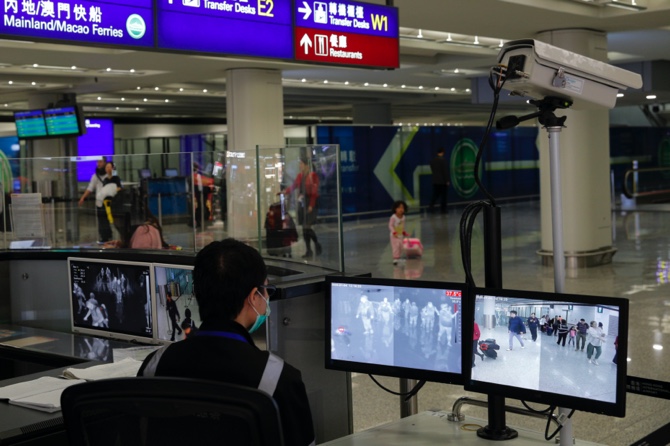 A mainland woman from Wuhan is still receiving isolated medical treatment at the public hospital, according to a statement released by the Health Bureau (SSM). As of yesterday, the Wuhan resident, aged 37, was waiting at Centro Hospitalar Conde de São Januário (CHCSJ) to be tested for infection with the viral pneumonia detected in Wuhan. Last night, the SSM reported she has no fever or pneumonia, but is still in isolation.

The case comes after local health authorities were notified over the weekend that preliminary investigations have identified the pathogen involved in the Wuhan outbreak as a newly-categorized coronavirus.

On January 10, the mainlander flew into Zhuhai airport from Wuhan and traveled to Macau via the Border Gate. On the same night, while she was already in Macau, she developed abnormal symptoms of fever and runny nose.

At midnight on January 11, the Wuhan tourist visited the CHCSJ to receive medical treatment. At the hospital, her respiratory pathology results were negative for common respiratory diseases. Her situation is mild, and she does not show symptoms of pneumonia.

Between January 1 and January 11, the SSM says that Macau’s medical organizations have admitted nine people (including the currently isolated woman) who had been to Wuhan in the past 14 days. The patients displayed symptoms of fever and respiratory infection. The SSM rules out the possibility of the Wuhan viral respiratory disease in these eight patients.

On Saturday, SSM received notification from the National Health Commission on the latest information of the cluster of pneumonia cases detected in Wuhan, Hubei Province.

The Wuhan Municipal Health Commission reported over the weekend that one person had died from the new type of coronavirus. The Commission said seven other people were in critical condition among a total of 41 who were suffering from pneumonia. That was down from the earlier figure of 59. The others were in stable condition and at least two had been released from a hospital.

A total of 739 close contacts have been identified and 419 of them are healthcare workers. All have been put under medical surveillance, and no related cases have been detected so far.

For the time being, the investigation has neither identified any infection of healthcare workers nor definite evidence of human-to-human transmission.

China says the cause of the Wuhan outbreak remains unknown, but has sought to quash speculation that it could be a reappearance of the SARS epidemic, which killed hundreds in 2002 and 2003.

Coronaviruses are a large family of viruses, some of which cause the common cold. Others found in bats, camels and other animals have evolved into more severe illnesses.

Common symptoms include a runny nose, headache, cough and fever. Shortness of breath, chills and body aches are associated with more dangerous kinds of coronaviruses, according to the U.S. Centers for Disease Control and Prevention.

Amid the continuous development of Wuhan pneumonia cases, Macau’s inter-departmental working group still considers that the risk to Macau is “medium” and that the alert level should remain at “Level III (Serious)”.

Lam Chong, director of SSM Center for Disease Prevention and Control, and two representatives of the public hospital will be sent to Wuhan to learn more about the pneumonia epidemic, patient diagnosis and treatment, as well as prevention and control measures, the government said.