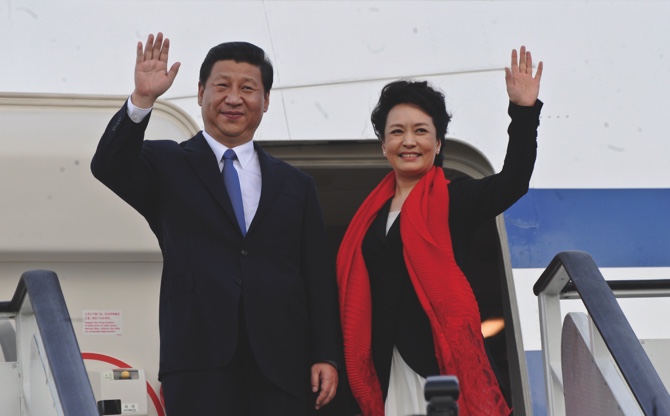 During his visit to Macau next week, Chinese President Xi Jinping is expected to announce a raft of new policies aimed at diversifying the local economy. Among them, Xi is expected to lend his support to the construction of a financial center in Macau.

As previously reported, the plans for a financial center in Macau have been designed with the aim of reducing the city’s dependence on the gaming industry. The casino sector has been the central pillar of the local economy since the handover.

According to Reuters, in an interview with several officials and corporate executives in Macau, these new policies are being seen as a reward to the Macau SAR for its loyalty to the central government. They bestow the city with special importance while the neighboring region of Hong Kong still grapples with anti-government protests that have crippled the city for the past six months.

It is expected that the measures to be announced by Xi next week will include the establishment of a yuan-denominated stock exchange and the acceleration of a renminbi settlement center that is already in the works, as well as the allocation of land for Macau to develop in neighboring areas of mainland China, the officials told Reuters.

While there has been general speculation about a ‘handover gift’ in recent months, official confirmation of one has not been forthcoming.

“The financial industry used to be an idea that we reserved for Hong Kong,” said one Chinese official who wished to remain anonymous. “We used to give all the favorable policies to Hong Kong. But now we want to diversify it.”

Xi’s trip to mark the 20th anniversary of Macau’s handover comes as the central government praises the city for upholding the ‘One Country, Two Systems” framework that governs both SARs.

The same sources noted in a report that most of the acknowledgment regarding the enforcement of the policies is related to instructions that have been received by state-owned banks and enterprises to help to establish the infrastructure needed in Macau to aid financial diversification.

This information has also been corroborated by the fact that at least two officials who helped develop the Shanghai stock exchange have recently moved to Macau to allegedly advance preparations to help establish the stock exchange.

Sources among Chinese officials and bankers in Hong Kong say that the idea behind these policies is not for Macau to replace Hong Kong as a financial hub, but for China to have a contingency plan in case the situation in the neighboring region worsens.

“Xi Jinping has made [it] very clear that he wants a diversified Macau economy,” said another Chinese official, according to Reuters. “The future focus will be on tourism and finance, to make it a center to host international meetings like Singapore.”

The bourse would focus on bond trading first to encourage local and mainland companies to issue debt in the city, Reuters said. The exchange would also focus on startups and target companies from Portuguese-speaking countries to avoid direct competition with Hong Kong or Shenzhen, it reported.

Xi will also announce Macau’s decision to join the Beijing-based Asian Infrastructure Investment Bank. Future priorities will include tourism and finance, and for Macau to be used as venue to host international meetings like Singapore, an official told Reuters. RM