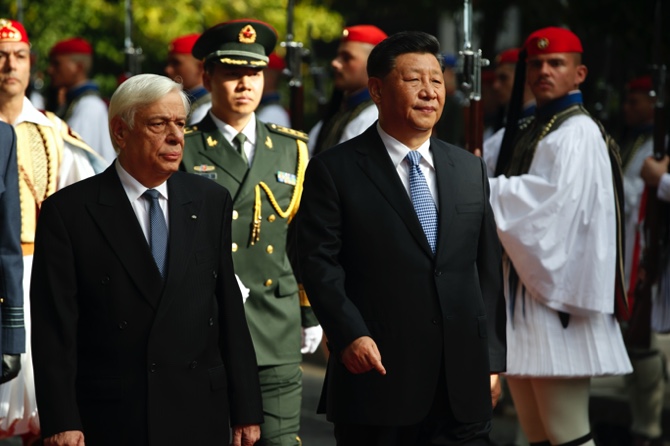 Chinese President Xi Jinping is meeting political leaders in Greece yesterday as part of a trip aimed at furthering a major global investment initiative inside the European Union.

China’s state-owned transport giant Cosco controls Greece’s largest port of Piraeus, near Athens, and Beijing is keen to boost Chinese investment in Greece as part of its global Belt and Road investment initiative.

Xi met with President Prokopis Pavlopoulos and Prime Minister Kyriakos Mitsotakis. He is due to join Mitsotakis later on a visit to the port facility.

“I think our cooperation can combine our advantages and benefit everyone. At the port of Piraeus, we can see that the result of our cooperation has made it the largest port in the Mediterranean,” Xi said.

Greek officials said the two countries are planning to sign 16 bilateral cooperation agreements during Xi’s three-day state visit — that will include a range of investment deals and the presence of the state-owned Bank of China in Athens.

Emerging from a decade-long financial crisis, Greece and its new conservative government are keen to attract overseas investment despite concerns from some of Athens’ western allies over the rapid expansion of China’s global influence.

“Greece recognizes China not only as a great power but as a country that with difficultly has gained a leading geostrategic, economic, and political role,” Mitsotakis said.

Thousands of Chinese investors have snapped up apartments around in Athens and other Greek cities under a so-called “golden visa” scheme which offers a five-year residence permit to buyers who spend more than 250,000 euros ($275,750) on the local property market. Elena Becatoros & Derek Gatopoulos, AP