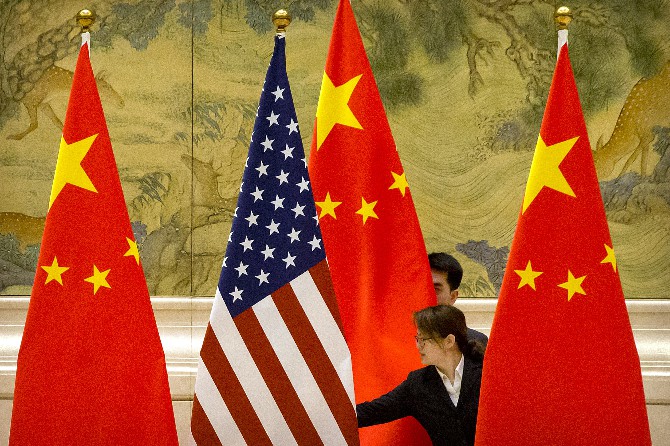 With tensions rising between the global powers, President Joe Biden and Chinese leader Xi Jinping are expected to hold a virtual meeting before year’s end, according to the White House.
The agreement in principle for the talks was disclosed after White House national security adviser Jake Sullivan and senior Chinese foreign policy adviser Yang Jiechi met for six hours in Zurich.
White House press secretary Jen Psaki said the two sides are still working through what the virtual meeting “would look like.”
The presidential meeting was proposed after Biden, who spent a substantial amount of time with Xi when the two were vice presidents, mentioned during their call last month that he would like to be able to see Xi again, according to a senior administration official, who was not authorized to comment publicly on the talks between Sullivan and Yang and spoke on condition of anonymity.
Xi has not left China during the coronavirus pandemic and is not expected to attend in person the upcoming Group of 20 summit in Rome and a U.N. climate conference in Scotland.
A White House statement on the Swiss meeting said Sullivan stressed to Yang the need to maintain open lines of communication, while raising concerns about China’s recent military provocations against Taiwan, human rights abuses against ethnic minorities and Beijing’s efforts to squelch pro-democracy advocates in Hong Kong.
Sullivan made clear that while the United States would “continue to invest in our own national strength,” it sought better engagement at a senior level “to ensure responsible competition,” the statement said.
U.S. officials have expressed frustration that interactions with high-level Chinese counterparts, including Yang, in the early stages of Biden’s presidency have been less than constructive. But the talks yesterday were described as respectful, constructive and perhaps the most in-depth between the sides since Biden took office in January, according to the administration official.
China’s official Xinhua News Agency echoed that description, saying the two sides had a candid and in-depth exchange of views. It quoted Yang as saying that “China attaches importance to the positive remarks on China-U.S. relations made recently by U.S. President Joe Biden, and China has noticed that the U.S. side said it … is not seeking a new Cold War.”
Yang added, however, that China opposes defining the relationship as “competitive” and urged the U.S. to stop using Taiwan, Hong Kong, human rights and other issues to interfere in what China calls its internal affairs.
The White House said the meeting was intended to serve as a follow-up to last month’s call between Biden and Xi in which Biden stressed the need to set clear parameters in their competition.
Still, the U.S.-China relationship has been under strain, exacerbated recently by the Chinese military’s flying dozens of sorties near the self-ruled island of Taiwan, which Beijing considers part of its territory.
U.S. Secretary of State Antony Blinken yesterday [Macau time] reiterated concerns that Beijing was undermining regional peace and stability with its “provocative” action. China sent a record 56 fighter planes toward Taiwan on Monday alone.
“We strongly urge Beijing to cease its military, diplomatic and economic pressure and coercion directed at Taiwan,” said Blinken, who was in Paris for talks with French officials.
At the start of Biden’s presidency, he pledged to press Beijing on its human rights record.
In March, the United States, in coordination with the European Union, United Kingdom and Canada, imposed sanctions on top communist party officials for their roles in detaining and abusing Uyghurs and other ethnic minorities. At June’s Group of Seven summit in England, Biden successfully pressed fellow leaders to include specific language criticizing China’s use of forced labor and other human rights abuses in the leaders’ joint statement.
Human rights advocates and Republican lawmakers in the U.S. have raised concerns that the administration might be easing pressure on human rights as it looks for cooperation from Beijing on the global effort on climate change and in thwarting North Korea’s nuclear program.
The White House said last week it did not have a position on the Uyghur Forced Labor Prevention Act, which was passed by the U.S. Senate in July.
U.S. Sen. Marco Rubio, a Florida Republican and sponsor of the legislation, wrote in the Washington Examiner on Wednesday that “the Biden administration is choosing to ignore the Chinese Communist Party’s egregious human rights abuses to strike a deal on climate.”
Psaki pushed back against the criticism. She asserted that Biden, unlike President Donald Trump, “has spoken out against human rights abuses, has raised his concerns about human rights abuses directly with President Xi and we have done that at every level.”
The U.S. signaled this week that, for the time being, it plans to stick with tariffs levied against China during the Trump administration. JAMEY KEATEN & AAMER MADHANI, ZURICH, MDT/AP