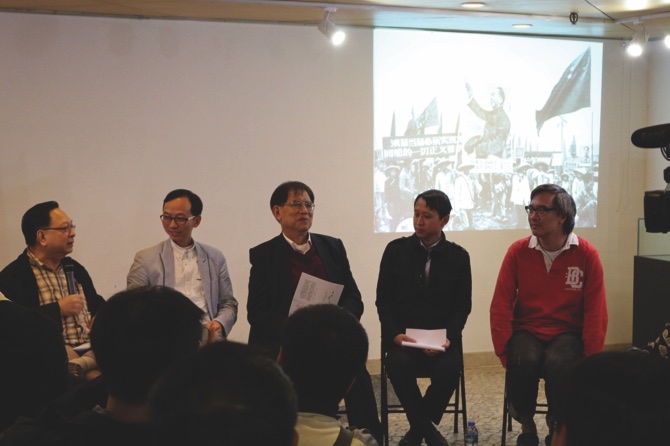 A panelist event was held yesterday afternoon in the basement of the Portuguese Bookshop, near Senado Square, where several panelists shared stories about the 1-2-3 Incident and iconic photographs of the protest and riots, with the aim of promoting knowledge of the incident within Macau.

The 1-2-3 Incident culminated on December 3, 1966, when months-long tensions in Macau ignited riots and subsequent police repression across the territory.

Fifty years ago, the local government declared martial law in the territory following riots and conflicts between the Portuguese administrators and the disgruntled population. Eight people were killed in the conflict and around 200 others were injured.

Witnesses of the events of 1966 this week appealed to Macau residents to remember the event and for the government to introduce the riot to the city’s history textbooks, lest it be forgotten.

The riots were inextricably connected to the events of the Cultural Revolution in the People’s Republic of China, which began in the same year. The spillover of ideology from the mainland revolutionaries, mixed with anti-colonial sentiment, resulted in months-long tensions bursting open.

The initial trigger for the dissent, however, was caused by a dispute over permission to build a private school in Taipa, sponsored by left-wing organizations. Officials within the Portuguese administration essentially blocked the construction permit expecting, though failing, to receive bribes from the school’s sponsors. After a prolonged period of delay, the residents started construction on the school without the permit, leading to police involvement.

Despite the eventual intervention of the Portuguese army in Macau, local authorities were not able to entirely repress the dissent and in 1967 accepted many of the protesters’ demands.

Scholars such as Carmen Amado Mendes of the University of Coimbra, regard this concession as the moment Portugal lost “de facto sovereignty over Macau.”

Similar pro-Communist, anti-colonial riots emerged in Hong Kong in 1967, originating from a minor labor dispute. The demonstrators clashed violently with local police forces, eventually turning to terrorist attacks and even assassinations of some members of the press who were opposed to the violence.