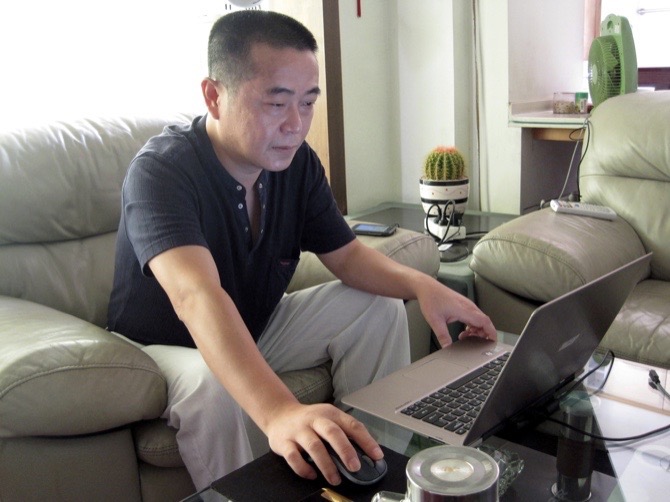 Chinese dissident Huang Qi has been sentenced to 12 years in prison on the charge of leaking secrets to a foreign entity, more than two years after his arrest, a court said yesterday.

Huang, who founded a website documenting alleged rights abuses by officials, has been jailed twice before, including in 2008 after advocating for parents whose children were killed in a massive earthquake in the southwestern province of Sichuan.

Thousands of students died when their shoddily built schools collapsed, but the government has never made public the results of any investigation or held anyone accountable.

A brief announcement yesterday on the website of the Mianyang Municipal People’s Intermediate Court in Huang’s native Sichuan province gave no details on the nature of the secrets Huang, 56, allegedly leaked or who the recipients were.

In 1998, Huang founded the 64 Tianwang Human Rights Center and its accompanying website to chronicle the stories of people alleging abuses by authorities. Reporters Without Borders, which calls Huang a “cyberdissident,” has awarded him its Cyberfreedom Prize.

Since coming to power in 2012, Chinese President Xi Jinping has overseen tightening restrictions on civil society, jailing human rights activists as well as the lawyers who defend them.

Huang’s mother, Pu Wenqing, has urged authorities to transfer him to a hospital to receive treatment for his limited kidney function and severe weight loss, among other ailments.

Numerous Chinese dissidents have fallen gravely ill during their imprisonment. Nobel Peace laureate Liu Xiaobo was serving an 11-year sentence for “inciting subversion of state power” when he died of liver cancer two years ago. AP