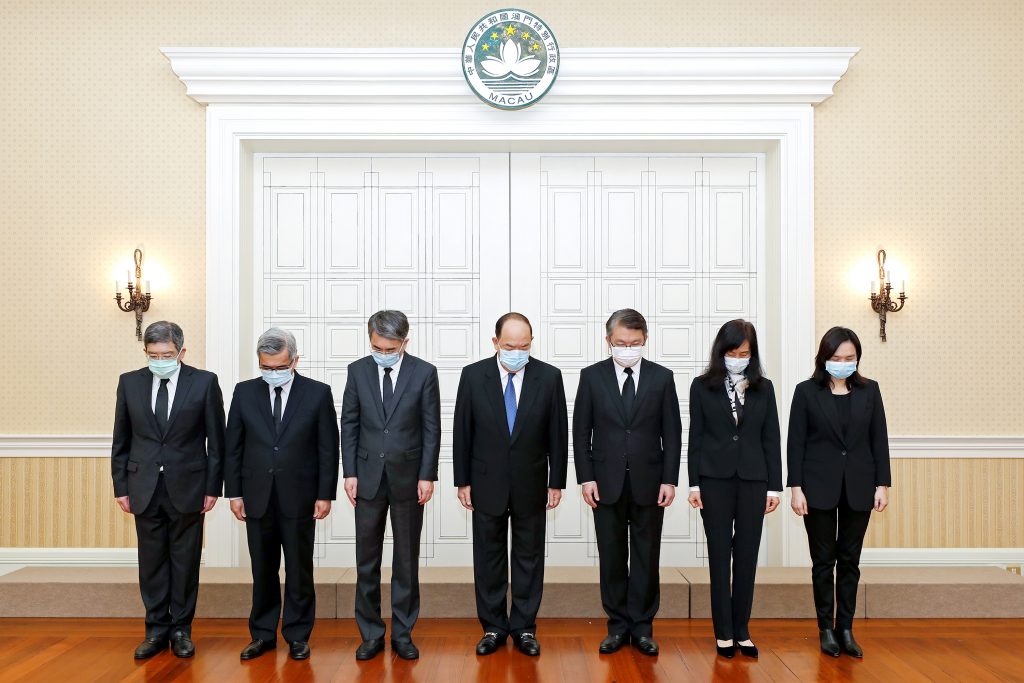 Chief Executive Ho Iat Seng (center) accompanied by the five secretaries and his chief-of-office, stands in a three-minute silence to mourn COVID-19 victims.

Chief Executive Ho Iat Seng, led Saturday Government officials to stand in a three-minute silence, in tribute to the victims in China of the novel coronavirus and its associated infection Covid-19, a note from GCS reads.

“The silence tribute in Macau is a part of a national mourning in compliance with arrangements guided by the State Council,” it adds.

The public in Macau, the government says, also “observed a three-minute silence this morning. This is in order for the Macau community as a whole to express its condolences regarding those who lost their lives amid the Covid-19 pandemic.”

In addition, the national flag, along with the flag of the Macau SAR, displayed at the Government Headquarters and the Golden Lotus Square, were lowered to half-mast Saturday to mourn the Covid-19 victims.

According to the source, the instruction applied on all buildings of the Government; on buildings of legislative and judicial bodies; and at representative offices abroad. School premises and public facilities also took part in the gesture of mourning.

Public recreational activities, and of any events intended to be of either a celebratory or festive nature scheduled on Saturday were due to be suspended as suggested in the State Council notice, GCS said in the statement.