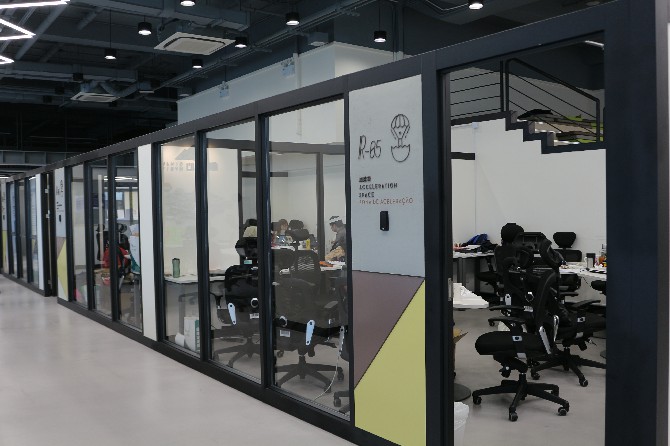 An aspect of the Macau Young Entrepreneur Incubation Center

A group of young entrepreneurs still owe the Macau SAR a total of over 30 million patacas due to their unsettled repayments of government subsidies, the local government told the Second Standing Committee of the Legislative Assembly (AL) yesterday.
In 2013, the local government launched the Young Entrepreneurs Aid Scheme, which aims to subsidize young local entrepenuers who are starting their business activities. As of today, the local government has granted a total of 360 million patacas to young entrepreneurs who have joined the program.
However, entrepreneurs from 147 applications have not paid the public fund back and owe over 30 million patacas. The SAR government is planning measures to collect the money.
Meanwhile, government representatives provided lawmakers yesterday with further details about the additional 1.4 billion pataca budget for the Industrial and Commercial Development Fund, as well as the 37 million pataca increase in the Tourism Fund budget.
Originally, this year the Industrial and Commercial Development Fund budget was 3.6 billion patacas. However, due to the impact of Covid-19, the SAR government is contributing another 1.4 billion patacas into the original budget to help local SMEs.
This year, the Industrial and Commercial Development Fund has already granted 250 million patacas in financial support to SMEs through the specific interest-free loan support program. They have already reached the limits of their budget.
Regarding the Tourism Fund, a total of 70 million patacas has been spent on residents who have undergone quarantine, including arranging cars to fetch local residents from Hong Kong airport and other transportation expenses related to the Hong Kong airport charter transport service.
50 million patacas were used to pay the 12 hotels used as quarantine zones.
Originally, the fund’s budget for this year was approximately 1.2 billion. The tourism authority explained that because there will be a six-month tourism tax reduction this year, which in turn will produce a small amount of income for the Tourism Fund, the government proposed a budget increase of 37 million patacas. JZ