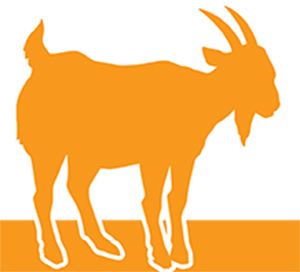 On February 19, the sun and the moon will occupy the same longitude on the zodiac, giving rise to an astrological phenomenon known as the New Moon. It should be noted for the sake of accuracy that in areas of the world such as Brazil and Portugal, this event will have already begun during the last hours of February 18.
It will be the second New Moon after the Winter solstice (which takes place on December 22, 2014). This New Moon signals the first day of the first lunar month of the (lunar) year of the Goat. It’s the first day of the Chinese New Year festival, which in Macao is celebrated with three consecutive official holidays, showing the importance of the event in local culture.
This is the beginning of the annual cycle of Chinese festivities, which are still followed by Macau’s population with respect for the tradition, which is now difficult to find in other parts of China.
The impact of the arrival of the New Year on daily life in the territory is much greater than the Western New Year, which goes by nearly unnoticed. On the night of February 18 and the morning of the 19th, in Macao and in other areas of China, the population takes to the streets to celebrate the arrival of the new year and runs en masse to the temples of the city and the islands to ask for the help of the gods and to consult the predictions for the future.
The days before the first day of the New Year are marked by a wide array of initiatives that build toward a level of excitement for the explosion of festivities that accompany the arrival of the first day of the year.
One of those initiatives is the “sweep”, which typically is done on the 28th day of the 12th lunar month of the year that is about to end. In 2015 this event falls on the 16th of February.
As Hong Kong astrologist Peter So explains in his almanac, the “sweep” consists of house cleaning as a way of welcoming the New Year with renewed energy. In addition to the day of the 28th, alternate days can be selected for the event, depending on personal or family circumstances. Peter So emphasizes that the selection of alternative days must always follow the principle of “strengthening good fortune and doing away with bad fortune.” Those who have had good fortune during the year of the Horse should clean their houses beginning with the front door (from the outside toward the inside), as well as those who want to “retain positive energy inside the house”. On the other hand, those who have had a bad year during the year of the Horse should clean in the opposite direction, from the inside outward.
For those who have had an extremely bad year of the Horse, for whom nothing beneficial has happened and who wish for a fresh new start, one option is to opt for the so-called “Day of Destruction” during the day of the “sweep”, in which the sign of the day clashes directly with the sign of the month. As an example, this could happen on the 25th day of the 12th lunar month, or the 13th of February in the Gregorian calendar.
This is a curious superstition – that highlights the level of detail given in the almanac – and it is a kind of a ritual of “negotiation” with the invisible forces of destiny…

The psychological climate during the arrival of the New Year goes as far as to manifest itself in the speeches of politicians. For 2015, this means that there are likely to be evocations of the peaceful symbolism of the year’s sign: the Goat (or alternatively, the Sheep or the Ram). Everyone is hoping this symbolism will become reality, after the events of 2014 (including January 2015) under the tumultuous reign of the Horse… 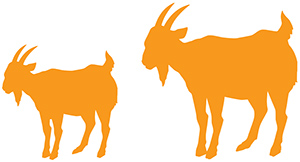 In the traditional Chinese calendar, 2015 will be the year of the Goat, one of the 12 animals of the Eastern zodiac. The last year of the goat was in 2003 and the next will be in 2027.
The zodiac sign of this year is referred to by the Chinese character yang [羊], a character which can be translated as either “goat”, “sheep”, or “ram”. The Chinese fortune-tellers who dominate the English language tend to translate yang [羊] as “goat” or “sheep”. The government of Macau currently uses the translation of “year of the Goat”. In Chinese, this name disparity does not arise, since in writing, this year always appears as a “yang year” [羊年], eliminating any linguistic ambiguity.
The Chinese almanacs indicate that 2015 is a yiwei [乙未] year, which is to say, that it is the result of the combination of the celestial root yi [乙] and the terrestrial branch wei [未]. In the 20th century, there was only one yiwei [乙未] year: 1955.
The heavenly stems yi corresponds to the element wood; in its component yin, while the terrestrial branch wei [未] is commonly known as yang [羊]: Goat. The masters of the Bazi system generally say that the 12 animals of the zodiac were chosen as an alternative to the 12 earthly branches since the latter category is composed of abstract concepts while the vivid imagery of zodiac animals are easier to remember for those not versed in the abstractions of traditional Chinese philosophy.
In more basic terms, it could then be said that this is the year of the Goat and the wood “element”, or the “Green Goat”, as the color green symbolizes wood.
For astrologer Raymond Lo, as stated in his annual analysis, we can expect that 2015 will be a more peaceful year than the currently ending year of the Horse. It’s true that the wood and the earth (which is the dominant element of the earthly branches wei, or the sign of the Goat) are in conflict, since wood “controls” or “destroys” the earth. On this basis, Lo concludes that 2015 will be (and thus, will continue to be) a year of conflict, but he has high hopes for the conciliatory role of the wood element in its yin version.
The reason for this is that the wood element yin (a plant, a flower, or branches of a tree), with its flexibility, will help conflicting parties to make concessions, making the path toward reconciliation easier (in contrast to its counterpart yang, which, with the rigidity of a tree, made 2014 a year of little compromise). One of the factors surrounding the Chinese New Year festivities is the almanac predictions for each of the 12 signs, which MDT/MACAU Magazine will summarize, as it has done every year, in the following pages. The signs with the best predictions for 2015 are the Tiger, the Rabbit, the Horse, the Monkey and the Pig. This will be a particularly romantic year for the Monkey, the Tiger, and the Rat.
Raymond predicts that 2015 will be (and thus, will continue to be) a year of conflict, but the Hong Kong astrologer has high hopes for the conciliatory role of the wood element, in its yin version, which symbolizes the flexibility of a plant or a flower.

Predictions of 12 Zodiac in the Year of Goat