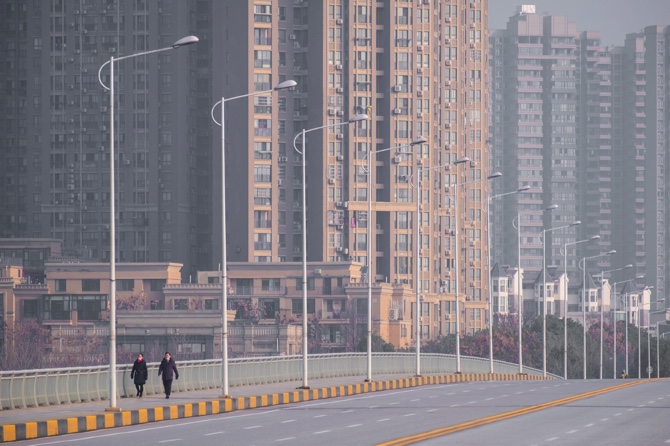 Chinese netizens have accused provincial authorities across the greater China region of discriminating against residents of Hubei province.
Starting from this week, many mainland cities have restricted the number of hotels that will accept guests from Hubei province, home to Wuhan city where the novel coronavirus originated. As of Monday, over 28 mainland provinces have implemented similar measures, in addition to Hong Kong and Macau.
In Macau’s neighboring city of Zhuhai, the local government has appointed five hotels to accept Hubei residents. According to a notice published by Gongbei police authority, any Hubei resident who needs to stay in Zhuhai can only check in to these assigned five hotels.
The measure has triggered resentment and disappointment expressed on mainland social media site Weibo, among others, with netizens accusing their compatriots of “Sinophobia” against their own people. In comparison with the treatment received at home, some Chinese netizens are applauding the conduct of other countries, including the country’s historical adversary, Japan.
“Outside of China, no places have sent Hubei residents to concentration camps,” wrote one Weibo user who uses the alias JourneyCA.
“Taiwan refused to sell [surgical] masks to the mainland. Taiwan, Singapore, and Macau kicked out Hubei residents, Hong Kong people beat up Hubei people on the streets. These places are so-called Chinese places. Japan on the other hand, which is often accused [of Sinophobia], is extending the visa for Hubei residents,” Weibo blogger Ge Xiaofei wrote.
Besides praise for the abovementioned measure, mainland netizens are also applauding Japan for encouraging China to fight the virus.
While China’s historical “enemy” has been given positive attention on mainland social networks, Macau has been criticized for being unkind.
Since Monday, the local government in Macau has implemented measures to eject Hubei residents. Hubei visitors were given the option to either leave Macau immediately or be quarantined.
“During a national calamity, who is on your side and who is not can be easily [ascertained]. Where is Macau exporting Hubei people to? To Zhuhai. Why does Zhuhai accept Hubei people, but Macau does not?” another Weibo user wrote, also contrasting the reactions in China with those in Japan.
While some Weibo users have criticized the actions of Macau, others are defending the territory. One Weibo user explained that Macau’s preparations are vastly different to the measures employed by other provinces. Macau has used the term “isolation camp” to describe the shelter for Hubei residents, a term with negative connotations.
On Weibo, the most searched topics relate to the epidemic. Distrust toward Hubei residents is rife on both the Weibo and WeChat networks. It was reported that Hubei residents have been refused by hotels, and the personal data of students from Wuhan have even been revealed publicly.
About 60 million people live in the landlocked central province of mainland China, with its provincial capital, Wuhan, home to 11 million.
Newspaper China Daily posted on social media that “Hubei people are compatriots and the virus is our common enemy.”
Chinese propaganda media, including CCTV and the People’s Daily, have also urged Chinese nationals not to discriminate against Hubei people.