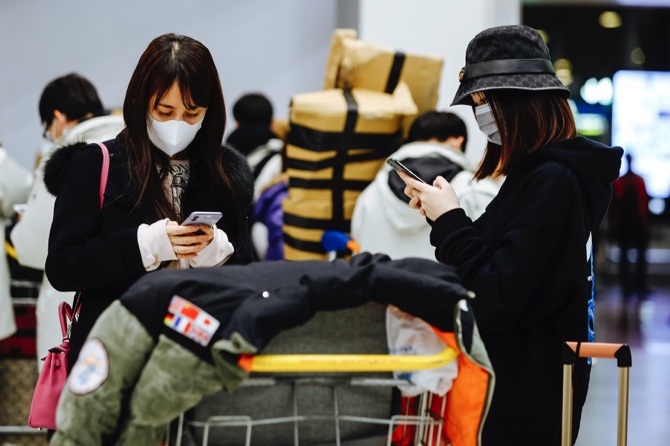 Approximately 100 flights to and from mainland China, Taiwan and Macau have been canceled since yesterday, according to information issued by the Macau International Airport, in a bid to prevent and control the spread of 2019-nCoV, also known as the Wuhan coronavirus.
These airlines include local carrier Air Macau, which canceled the majority of its flights bound for the mainland including those to Shanghai, Beijing, Daxing and Xiamen.
Shenzhen Airlines also canceled its flight to Wuxi yesterday, while Chinese Eastern Airlines, Shanghai Airlines and Juneyao Airlines are cancelling their flights to Nanjing and Shanghai today.
Shanghai Airlines’ flights to Shanghai from tomorrow until February 2 are also canceled.
The local carrier advised that passengers booked on the relevant flights may re-book or receive a refund for the tickets. Air Macau will waive the re-booking and refund fees.
Flights to and from Wuhan and Macau have been suspended since January 23.
Some affected passengers expressed complaints about the canceled flights, noting that they were not advised of the cancelation through their personal emails or phones.
“I only received my notification when I was back in Taiwan,” an affected passenger, who requested to remain unnamed, told the Times.
The passenger’s flight was set to depart to Taipei yesterday morning.
The passenger did not receive any notification from Air Macau, even the night before her flight. Air Macau announced the cancelation on WeChat and Facebook.
Although the airline offered alternatives to affected passengers, the passenger said these were even more complicated.
“The website [Air Macau provided] was working, but it kept telling me that my flight was unaffected,” the passenger said. “Even [when] I went straight to the airport, my problem wasn’t solved.”
The airline’s website shows no 24-hour hotline to handle such situations.
The passenger was then required to return to the airport yesterday morning, on the original flight day, to fight for a seat on the next flight alongside about 100 other affected passengers.
Local broadcaster TDM interviewed a Taiwanese tourist, who said she also received no notification about the cancelation from the local airline.
A Times reader received an email yesterday from the new Taiwanese airline, Starlux, about a flight change taking place in March to Taipei. The cause for the change was not immediately made clear.