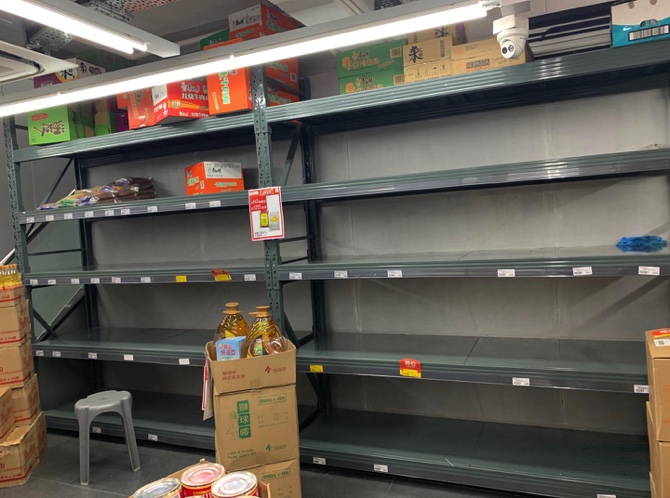 In the past few days, supermarkets citywide were briefly filled with people trying to stock up food at home amid the intensifying threat of the novel coronavirus.
Photos posted on social media platforms and those taken by other media outlets showed empty shelves, fridges and freezers, alongside long queues of people at the cashier counters.
The phenomenon was prompted by rumors claiming that temporarily closing Macau borders would affect the food supply. In the past week, at least two lawmakers, Agnes Lam and Sulu Sou, have strongly requested the government to consider closing off borders. However, both noted that imports of goods use different channels and should not be affected.
In response to the situation, the Economic Bureau issued a statement which stressed that the supply of food and daily consumables were stable. Being one of the most popular foods in the city, rice is sufficiently stocked at warehouses of suppliers, a photo released by the Bureau showed. It also stressed that some suppliers even ended their holiday early to restock retailers.
Ip Sio Man, head of the Macau Union Suppliers Association, stressed that the supposed shortage of supplies was caused by the holidays. There is sufficient stock and he expects the conditions to ease when suppliers return to work. AL