2019-nCoV | School restart date to be determined next week 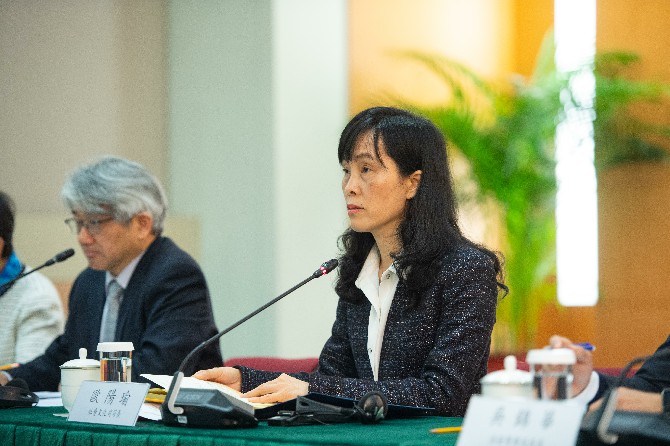 Secretary for Social Affairs and Culture, Ao Ieong U (right)

The Secretary for Social Affairs and Culture, Elsie Ao Ieong U, announced yesterday that the date for school institutions to resume teaching activities will only be known during the first week of February. Ao Ieong was speaking at the daily press conference organized by the health authorities to provide updates on the local situation of the Wuhan coronavirus, now referred to as “2019-nCoV”.
Without giving many details, the Secretary hinted that the current postponement date of February 10 for the return to school for students of all levels announced last week by the government might be under reconsideration and a final decision will be only known during the first week of next month.
The postponement of classes was among the measures first announced by the government to respond to the outbreak of the coronavirus in Macau.
In a statement, the government announced that schools and other academic institutions would not resume their teaching activities at least until February 10. However, the statement alluded to the possibility that a further delay could be enforced at any moment depending on the local status of the disease.
The Education and Youth Affairs Bureau (DSEJ) issued a statement earlier in the week calling all students and teachers that have spent their Spring Festival holidays in the mainland to return to the region as soon as possible, “no later than February 2.” The statement also requested that after students and teachers arrive in Macau they “stay at home and pay attention to [their] physical condition,” and immediately seek out a doctor if they feel unwell.
Such measures have been enforced by the government as a way to contain the possible spread of the disease in Macau, especially among the student population.
The DSEJ also informed that it had notified schools to prepare study materials so students under this form of quarantine could continue to study and engage in pedagogical activities from home via e-learning platforms and social media groups.
Similar measures were enforced by the Higher Education Bureau (DSES) that also suggested the possibility of the further postponement of classes, calling all students to stay alert and “pay close attention to the latest information and announcements from the SAR government.”
Additionally, the Bureau informed that the Centre for Higher Education Students will be closed from January 30 until further notice, cancelling all the activities on program and venue reservations.
The DSES also noted that a series of five sessions of the “Seminar Series on Further Studies Outside Macau and Public Examinations” which were scheduled to be held in February will be only broadcast live on the “Student Blog Macao” Facebook fan page, as it was no longer possible to attend them in person. In the meantime, several institutions that provide tutoring, support, and continuing education programs have also announced that they are following the government guidelines and suspending all the activities until further notice.
Ao Ieong also announced that the government has decided to suspend the activities of all nurseries subsidized by the government. This is a preventive measure which the secretary said was related to the acknowledgment of the infection of a nine-month-old child on the mainland.
Ao Ieong took the opportunity to call on all private nurseries that operate independently from government subsidies to also remain closed. “We understand that some parents have difficulties taking care of their children without the nurseries,” she said, “but health should be the main priority.”
A few days earlier, the Social Welfare Bureau decided to exempt nurseries from the forced closures but advised parents to avoid bringing their children to these institutions after the Lunar New Year holidays as much as possible.
In its statement, the bureau informed that these institutions would continue to operate but that parents were discouraged to make use of them. The bureau had also noted that special instructions were given to these institutions to avoid any disease transmissions, namely the separation of the area for picking up children, and stopping parents from entering the institution] to pick up children.