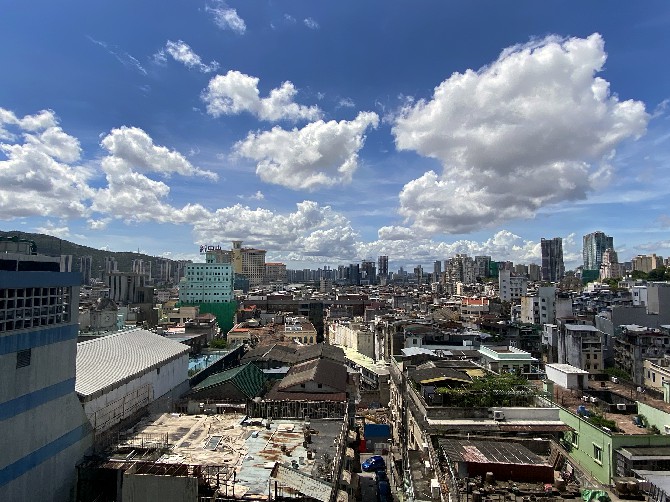 The air quality report jointly produced by the Guangdong-Hong Kong-Macau Pearl River Delta Regional Air Quality Monitoring Network recorded an improvement in air quality in 2020 when compared to the previous years, the Environment Protection Bureau informed in a statement.
The report noted that overall the air pollutant emission reduction measures jointly implemented by Guangdong, Hong Kong, and Macau have contributed to the gradual improvement of overall air quality in the Pearl River Delta.
Results show that, in 2020, the concentration of most air pollutants decreased significantly when compared to 2006, the first complete year that the monitoring network operated.
In 2020, the average annual concentration levels of sulfur dioxide (SO2), respirable suspended particulates (RSP), and nitrogen dioxide (NO2) decreased respectively by 86%, 49%, and 43% when compared to 2006.
The concentrations of carbon monoxide (CO) and fine suspended particulates (FSP) — the parameters of which were only included for the year 2015 —registered drops in 2020, down by 16% and 31% respectively when compared to 2015.
The concentrations of ozone (O3) registered an increase by 27% in 2020, when compared to the results obtained in the metering done in 2006.
Aiming to continue to improve in the results of air quality, Macau has initiated a series of improvement measures to reduce pollution according to its Five-Year Development Plan (2016-2020).
Among the most significant measures were: the promotion of electric vehicles; research on controlling and reducing volatile organic compounds; and the optimization of the emission limits and measurement methods for vehicles’ exhaust gases.
At the same time, the neighboring region of Hong Kong and the Guangdong provincial government are conducting a study on post-2020 regional air pollutant emission reduction targets and concentration levels, aiming to establish new goals for air pollutant emission reduction levels by 2025 and 2030 respectively.
Jointly and concurrently, the governments of Guangdong, Hong Kong, and Macau will also launch a three-year study from 2021 to 2024 on the typification of photochemical ozone formation in the Greater Bay Area (GBA).
This study aims to understand the origins and formation mechanism of the ozone in an attempt to draft policy that tackles the increasing concentration of this pollutant.
The GBA monitoring network comprises currently a total of 23 air monitoring stations located in Guangdong, Hong Kong, and Macau. These will monitor six major air pollutants (SO2, NO2, O3, RSP, FSP, and CO) with joint annual reports continuing to be produced and cross-border policies to be drafted and enforced by all parties.