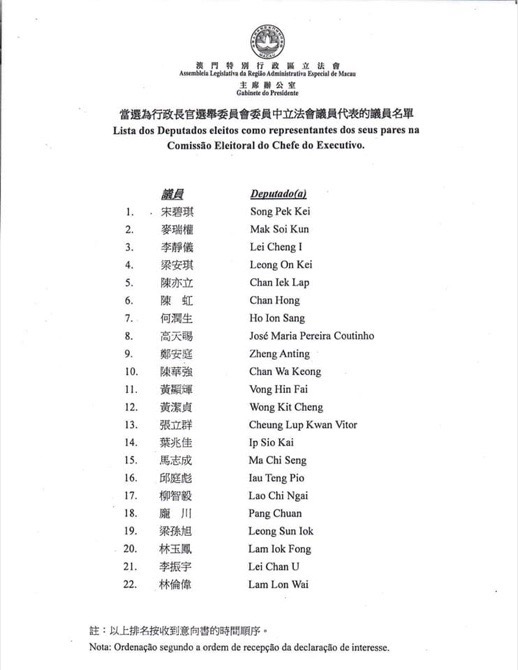 Twenty-two lawmakers have been selected as members of the Chief Executive Election Committee.

The 22 lawmakers, who will be part of the 400-member committee to decide the region’s next top official, each submitted an application to become a member of the committee. According to various reports, all of the lawmakers who applied have been accepted.

“There are some seats for legislators in the ‘small-circle’ 400-member Electoral Committee for the Chief Executive. All democratic legislators boycotted the internal elections, lawmaker Sulu Sou wrote yesterday on social media. “In the end, it will again be an election with no competition. All [the 22 lawmakers] are automatically ‘elected’.”

“I have a dream – one that seems small but yet worth fighting for. It is that one day, in the future, I can cast my vote for my Chief Executive, together with all the citizens in Macau,” Sou added.

According to the Basic Law, the Chief Executive of Macau shall be elected by a so-called ‘broadly representative’ election committee composed of 400 members from the four sectors and those appointed by the central government. JZ