The head of the Chinese Liaison Office in Macau, Li Gang, said that the central government has set up an ad hoc body aimed at supporting the region’s economic development. The official declined to offer details on the policies, which are expected to be introduced later. His remarks came on the sidelines of a charitable walk yesterday morning. Li also revealed that the nitty-gritty of the scheme clarifying the region’s marine sovereignty, would come in the following days. Earlier, the city’s leader had confirmed that the mainland authorities would give a decision by the end of the year.

Marine authorities responded to a fire involving four fishing vessels off the Coloane wharf yesterday morning. The flames, which were extinguished quickly, injured no-one. It was said that the mainland authorities will initiate a follow-up inquiry to determine the cause of the fire that occurred on the mainland vessels. The incident required local authorities to deploy four speedboats, a patrol ship and 12 rescuers. 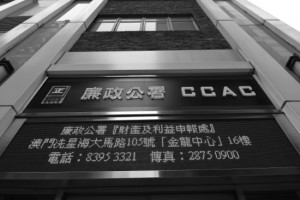 Report on CCAC agent death to be withheld from public

The Commission Against Corruption chief commissioner, Cheong Weng Chon, said that the result of the investigation into a deceased agent would not be made public in order to show respect to the family. He told media yesterday that the probe has come to an end and the related report has already been submitted to the Chief Executive. He also promised to revert to the late staffer’s wife, who filed a letter to the Legislative Assembly president earlier seeking assistance over the matter. The bereaved widow suspected that her husband had suffered unbearable pressure from his superiors that led him to the fatal decision.