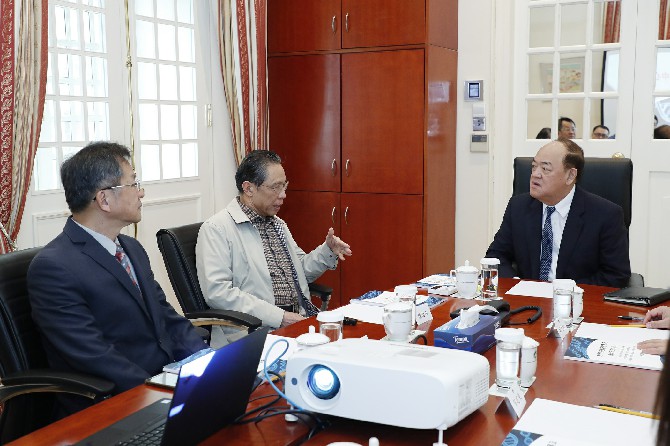 Nine out of 10 members of the public are satisfied with the local government’s measures to prevent a further outbreak of the novel coronavirus known as 2019-nCoV. The finding comes from the latest online survey released by the Macao Polling Research Association and shows a strong degree of positive feedback from the public.
Conducted between February 6 and 8, the survey interviewed nearly 2,000 local residents asking for their opinion on the epidemic prevention behaviors adopted by the authorities, and their evaluations of the government’s performance.
The respondents were generally optimistic about the future handling of the epidemic.
More than half of the respondents believe that the epidemic will ease after one month. More than 85% of respondents believe that Macau can effectively control the epidemic.
Most of the residents who were interviewed are following the various epidemic prevention measures that the government has called for, including staying mostly indoors, wearing masks when leaving their homes and washing their hands thoroughly and frequently.
The survey results show that 97% of the respondents wear facemasks when they go outside; about 92% wash their hands more than usual; and about 77% clean their homes and workplace more than usual.
About 62% of the interviewees said that, in addition to work suspension, they have stayed at home for most or much of the past two weeks.
The survey results show that most residents are worried about themselves, family members or other people becoming infected with the virus.
Senior citizens proved to be the exception. Senior citizens were in general terms less worried about being infected and their rate of going outside as a result of personal choice was also higher than the average. The team behind the survey said it hopes that senior citizens can be informed of the need to implement appropriate epidemic prevention measures.