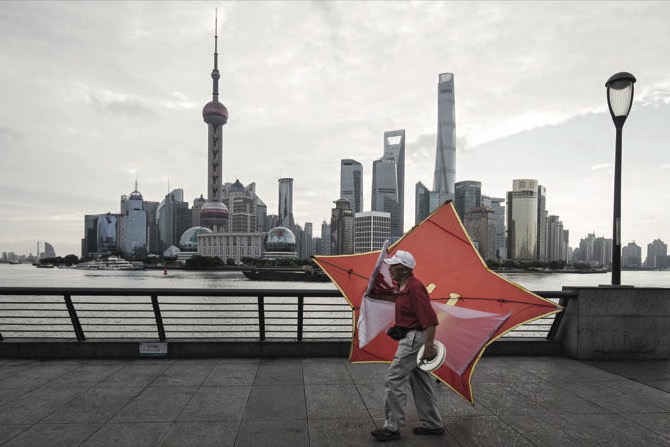 The Chinese government wraps up its annual policy conference this week with the passage of a new foreign investment law that it hopes will keep global companies enthusiastic about the world’s second largest economy – a group it’s never had trouble courting before.

But with its once white-hot growth decelerating, tit-for- tat tariffs in the ongoing trade war with the U.S. hitting consumer demand, and tense political relations with key trading partners like Canada and Australia, some foreign firms are finding the lure of China not what it once was.

The new foreign investment law, passed by Beijing’s rubber-stamp legislative chamber on Friday to take effect on Jan. 1, 2020, is designed to keep their ardor burning by addressing a longstanding source of resentment: that vast swathes of China’s economy remain closed off to foreign capital. Where foreign businesses are allowed to enter, a dense web of regulations forces them to not just partner with local companies but to sometimes share technology, a practice that critics say amounts to a forced transfer of crucial know-how to eventual competitors.

The updated law treats all companies registered in China equally, as opposed to the current division between local and foreign businesses, according to lawmakers. Government support will apply equally to foreign firms, and their applications for operating licenses won’t be treated differently from domestic rivals, Beijing promises. Forced technology transfer will be banned.

Drafts of the law distributed to lawmakers last week also included the ability for companies to appeal government decisions and apply for settlement through a complaint mechanism.

But crucial questions remain on how the lofty language will be executed, and whether the shift will create another hurdle by forcing companies from General Motors Co. to BASF SE to hammer out new contracts with their current local partners.

And the current set of promises is only the latest. “Our member companies no longer take at face value commitments made by the Chinese government on potential economic reforms,” said Jake Parker, the vice president for China operations at the U.S.- China Business Council in Beijing. “I think they want to see specific implementation of specific policies, not promises of future action.”

One immediate impact of the new foreign investment law will be to shake up the country’s 300,000-plus foreign-local joint ventures, created under the old regime that forced foreign capital to find local partners to enter China’s vast market.

Companies may be forced to draw up new contracts with their existing joint venture partners within five years to comply with the more general company law. In principle, it creates a more level playing field. But the need to amend existing contracts to comply will shake up fundamental agreements that the world’s largest automobile makers and chemical companies have in place, said Paul McKenzie, managing partner at law firm Morrison Foerster.

The legislation’s lack of detail also gives rise to concern that its broad protections may be over-ridden by industry- specific regulations that continue to disadvantage foreign firms, the American Chamber of Commerce in China said in a statement. The broad scope of a proposed “National Security Review” – a mechanism for the government to exclude foreign businesses in certain sectors for security reasons – is also concerning, the business group said.

Chinese media on Friday reported that the final law would contain last-minute changes to allay business criticism, including a prohibition on government officials leaking confidential corporate information. Those changes, however, only address “a small slice of the overall set of concerns our members have about the uneven playing field,” Chamber Chairman Tim Stratford said.

The shifting legal environment adds to the impression that the game remains at the very best complicated and at the worst rigged against non- Chinese companies.

China has always been a complex operating environment for global businesses – but that mattered less when astronomic growth and access to its vast consumer pool were the trophies for those who endured. Now, Chinese consumers’ financial health is not just a widespread concern, but a factor dragging down the overall performance of companies from Walmart Inc. to Apple Inc. and Tupperware Brands Corp., all of whom have recently reported sluggish sales on the mainland.

While global giants from Starbucks Corp. to BMW AG are continuing to expand, companies that haven’t started in China yet are now hesitant about entering the market, said Iris Pang, an economist at ING Bank NV in Hong Kong.

And entrenched businesses are finding themselves trying to put their best spin on things. Asked about the weakness in its Chinese sales on an earnings call in February, Walmart chief executive officer Doug McMillon said: “Considering all the things that are happening in China, we’re in pretty good shape.”

It could be worse: they could be Canadian. Beijing and Ottawa have been at odds since December, when Canadian police arrested Meng Wanzhou, the chief financial officer of Huawei Technologies Co., in response to a U.S. extradition request. China subsequently detained two Canadians on ill-defined spying allegations, prompting firms including Royal Bank of Canada to ask employees to avoid traveling there.

Canada Goose Holdings Inc. still managed to open a store in Beijing last December after a slight delay, but the perennial prospect of being ensnared as collateral damage in a geopolitical dispute looms over foreign companies. Korean firms learned this the hard way in 2017, after their government agreed to deploy the Thaad missile- defense system, intended to safeguard against attacks by North Korea, over Chinese objections.

Brands from Hyundai Motor Co. to Amorepacific Corp. saw sales plunge from a boycott, K-pop performances were canceled and retail conglomerate Lotte was so harassed by officials for allowing one of its golf courses to be used for a Thaad battery that it’s largely wound down its Chinese operations.

“Just because you’re a good company with a good brand and know how to operate, it doesn’t mean you can come into China and gain ground, because the deck is so stacked against you,” said Leland Miller, CEO of China Beige Book, an economics consultancy.

“The ebullience you heard in the past is gone.” Matthew Campbell, Bloomberg