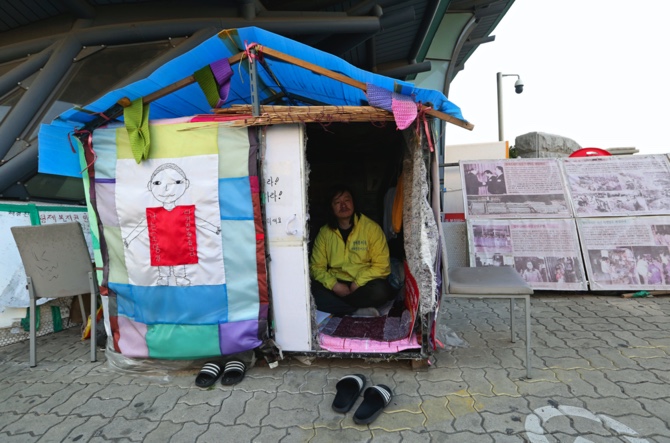 A South Korean facility that kidnapped and abused children and the disabled for a generation was also shipping children overseas for adoption, part of a massive profit-seeking enterprise that thrived by exploiting those trapped within its walls, The Associated Press has found.

The AP, which previously exposed a government cover-up at Brothers Home and a level of abuse greater than earlier known, has now found that the facility was part of an orphanage pipeline feeding private adoption agencies.

Relying on documents obtained from officials and freedom of information requests, the AP uncovered direct evidence that 19 children were adopted out of Brothers and sent abroad, as well as indirect evidence showing at least 51 more adoptions. The adoptions AP found took place between 1979 and 1986.

There were probably many more adoptions over the three decades Brothers operated, but the extent will likely never be known. Most documents have been lost, destroyed or withheld by the government and adoption agencies.

The AP found one of the adoptees.

J. Hwang, who asked to be quoted by the name on her adoption papers because of privacy concerns, was 4 in 1982 when documents say police officers found her on the street and took her to Brothers, a compound in Busan. After her initial adoption fell through, she was sent weeks later to another orphanage and then to her new home in North America.

“One of my main questions is wondering if I was supposed to be [at Brothers], or if my parents, my biological parents, are still out there looking for me,” said Hwang, who didn’t know she had been at Brothers. “Why me?”

The previous AP investigation uncovered details about Brothers, where from the 1960s to the late 1980s thousands of children and adults that authorities deemed “vagrants” were rounded up and kept. Many were enslaved, raped and even beaten to death.

But Brothers was also separating young children for adoption, the AP found. Brothers sent these children to adoption agencies, which placed them with families in the West.

During that period, South Korea’s ruling military dictatorships aggressively institutionalized and exported poor children for profit and to clear the streets of those considered socially unacceptable.

Adoptive parents were unaware of the horrors happening where their children once lived or that their payments likely helped fund an abusive facility. Biological parents may not have known that their children were at Brothers, let alone sent overseas.

Lee Chae-sik, now 50, worked at the Brothers nursery as a boy. Once a month, for two years in the early 1980s, Lee said he penned letters bound for North America. Each letter was attached to a photo of a foreign couple and another of a Brothers child.

Hundreds of times, Lee wrote: “We have received the money and gifts you sent us. Thank you.” The letters addressed the couples as “yangbumo,” which typically means adoptive parents.

He said the photos were filed in a folder marked “Holt,” which is also the name of an adoption agency. Dozens of times, he said, the children in the photos would disappear just days after the letters were sent.

Lee said he has “no doubt” that Brothers was selling babies.

Park Gyeong-bo, who was at Brothers from 1975 to 1980, said guards would occasionally dress up children for photos that inmates thought were for adoption papers because the children would later disappear.

Former inmate Lee Hye-yul said she was 7 when she was told by a Brothers official that she would be sent to a family in Britain. Lee begged and cried for days to have the adoption called off. She was later told that the adoption was canceled but not why.

Several former adoption workers, who spoke on condition of anonymity because of privacy restrictions, agreed that what Lee Chae-sik described likely indicated an international adoption process.

Because of the loss of records, there’s no direct evidence to back the claims that adoptions were part of Brothers owner Park In-keun’s money-making operations. But experts say Park wouldn’t have sent children away unless he was getting more money than from keeping them at the compound, where he received government subsidies for each inmate and used inmates for slave labor.

Records will never show the real number of adoptions from Brothers, which came as adoption agencies competed for children and falsified the origins of many of them, said Lee Kyung-eun, a legal expert on transnational adoptions.

Park died in 2016. The former No. 2 at Brothers, Lim Young Soon, acknowledged that there had been some adoptions, without providing specifics.

“The adoptions happened a long time ago, and there’s a limit to what you can find with just the records that remain,” said Seong Chang-hyeon, a Ministry of Health and Welfare official. “We do recognize that the children [at Brothers] were exposed to various kinds of human rights violations.”

Holt International spokeswoman Susan Soonkeum Cox told AP that David Kim, a former president of the Oregon-based agency, couldn’t recall specifics but remembers that Holt Korea worked with Brothers. The two agencies separated in the 1970s but maintained a partnership.

Hwang said she never cared about the details of her adoption. But now she’s filled with questions, including, perhaps most importantly, whether her birth family willingly gave her up.

“I’m very curious about what the real story is for my first six years,” she said. “I have thought all my life that it was one thing, and now it’s changed.” Kim Tong-Hyung & Foster Klug, Busan, AP