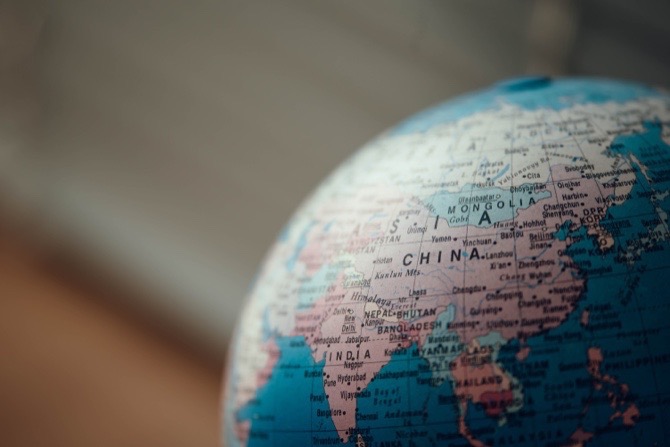 An international network of academic institutions based in the United States has said that academic freedom and the quality of higher education in both Macau and Hong Kong have been eroded, citing the influence of the central government.

In a report published earlier this week titled “Obstacles to Excellence: Academic Freedom and China’s Quest for World-Class Universities,” Scholars at Risk (SAR) noted that both Hong Kong and Macau’s academic freedom are confronted with “a shrinking space for ideas.”

SAR’s research was conducted in the form of interviews with scholars and students based in mainland China, Hong Kong and Macau.

According to the report, more than a dozen sources declined to be interviewed due to fear of retribution.

“For decades now, the Chinese government has invested heavily in academic institutions and programs designed to compete with the world’s finest,” said SAR executive director Robert Quinn. “This positive ambition is undermined, however, by state policies and practices that fail to protect academic freedom.”

According to Quinn, “this poses grave personal and professional risks for Chinese scholars and students,” as documented in the report, “and serious academic, reputational, and financial risks for foreign academic institutions with partnerships with Chinese counterparts, in China or abroad.”

Despite Macau and Hong Kong having differing levels of institutional autonomy compared to their counterparts in mainland China, the report cited the fact that higher education communities in both special administrative regions have been subjected to pressures intended to restrain academic activity and expression following their return to China.

“Scholars are raising concerns that institutional autonomy is threatened by China’s central government, pointing to unusual interference in university governance by pro-Beijing individuals and institutions,” the report stated.

“These challenges threaten quality higher education institutions nurtured in Hong Kong and Macau over the years, and suggest an increasingly fragile environment for free inquiry and expression in the SARs,” it added.

Sources said that both Macau and Hong Kong face similar pressures related to academic inquiry and expression, however, Macau has a lower number of reported incidents and visible public responses.

The report recalled cases of local scholars who have expressed their opinions on the city’s higher education institutions, as well as two cases that faced consequences for exercising academic freedom, including Eric Sautedé and Bill Chou, both scholars of political science.

The University of St. Joseph (USJ) dismissed Sautedé back in June 2014 for intervening in “local political debates.”

The academic was reportedly under pressure from USJ officials to cancel a talk featuring Frank Dikötter, a University of Hong Kong professor and author of “The Tragedy of Liberation: A History of the Chinese Revolution, 1945-1957”, a book banned in mainland China.

Chou’s contract was allegedly not renewed as a result of his political activism, however this allegation has been denied by the University of Macau.

The report also recalled the denial of entry into Macau of Hong Kong journalists seeking to cover the Legislative Assembly elections in September 2017, as well as the unguaranteed entry of writers Jung Chung, Suki Kim and James Church during the 2018 Macau Literary Festival.

Although the association believes that violations of academic freedom in Hong Kong and Macau have not reached the level of severity seen in mainland China, the overt threats targeting scholars and students indicate that space for inquiry and expression is increasingly under attack.

“Without more public and meaningful efforts by regional authorities to protect and promote academic freedom and institutional autonomy, universities in Hong Kong and Macau may find it more difficult to attract top global talent and interest from international partners,” the report stated.

It added that the two semi-autonomous territories may find their reputations and perceived advantages as bridges between China and the world tarnished.

“Safeguarding the academic freedom and autonomy of these universities should therefore be a priority not only for the Hong Kong and Macau Special Administrative Regions, but also for Beijing,” the report stated.

Mongolia and Xinjiang, where it noted that scholars and students face “intimidation, surveillance, [and] harassment.” In more severe instances, these people face prosecution and imprisonment merely for asking questions and exchanging ideas.

Scholars and students in and from Tibet, Inner Mongolia, and Xinjiang Uyghur Autonomous Regions report intensive levels of surveillance,

censorship, and the threat of imprisonment under the China’s increasingly strict security policies, the report found.

The report also noted that there are also challenges in accessing quality higher education due to language policies that tilt towards a Mandarin-only approach. Since 2017, a growing number of scholars and students from Xinjiang’s minority communities have been targets of an unprecedented government crackdown,

which, many rights groups and experts believe, has resulted in more than one million individuals being wrongfully detained in so-called “re-education” camps or have disappeared.

Meanwhile, the association also highlighted that a small but growing number of international universities have responded to academic freedom concerns by scaling back or terminating partnerships with institutions in mainland China and with PRC-supported institutes on their own campuses. Others have stayed out of the public dialogue.

SAR has called on government officials and higher education leaders in the three regions to uphold academic freedom and institutional autonomy, as well as to refrain from surveillance mechanisms that constrain scholars’ and students’ academic freedom.

It also recommended that the three regions remove ideology-based restrictions on access to information, and suspend or rollback ideological education and research funding schemes that limit students and scholars from exploring issues against or in tension with the Chinese Communist Party.

“Pressures on academic freedom in China mirror those we see around the world, as documented in our annual Free to Think reports,” said SAR’s advocacy director, Clare Robinson.

“But given the size of its higher education sector, and China’s important and growing position on the global academic stage, it is more important than ever to discuss the issues raised publicly and to work together to institutionalize policies and practices that safeguard academic freedom and recognize its central role in world-class universities and scholarship.”

Previously, the Times reported that some scholars believe that academic censorship in the SAR is low, given the freedom that institutions and scholars have to publish their research when compared to their peers in China.

However, a few expressed concerns whether scholars are still working on contentious issues, while being able to receive subsidies from the government.