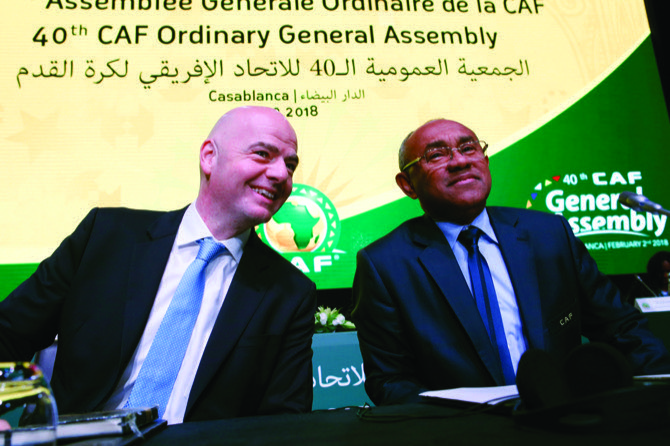 A member of African football’s ruling executive committee warned of a situation “spiraling out of control” if sharp internal criticism of the organization’s president, who is also a FIFA vice president, isn’t dealt with.

Isha Johansen of Sierra Leone wrote to her Confederation of African Football executive committee colleagues on Saturday to request an urgent meeting after two leaked letters from another executive committee member accused CAF president Ahmad of violating financial procedures and adopting a dictatorial style at the African football body.

Johansen wrote “we are sitting on what I believe strongly has the potential of spiraling out of control” in a letter addressed to Ahmad and the rest of the executive committee and obtained by The Associated Press.

She also questioned the lack of response from the executive committee to the now-public criticism of Ahmad, calling it a “deafening silence.”

“Am I the only one feeling that there is a storm behind this calm?” Johansen wrote.

Johansen’s plea for action — and for the executive committee to come together — came after the two letters over the last week from fellow executive Musa Bility of Liberia, in which he resigned from two of his other committee positions within CAF and criticized president Ahmad for taking the organization in the “wrong direction.”

On Friday, Bility was the first to call for an urgent executive committee meeting to investigate what he called Ahmad’s “violations” of CAF’s financial and other procedures.

One of Bility’s concerns was the recent announcement of a major sponsorship deal CAF agreed with sports betting company 1xBet, and which he said happened without the approval of the executive committee. AP