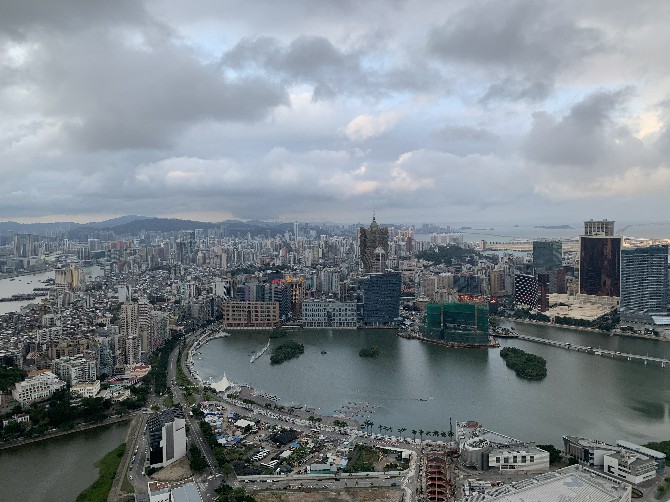 After months without work, some tour guides are now earning 4,000 patacas per month when they are fortunate enough to conduct one tour per week, a tour guide surnamed Wong has told the Times.
Wong said that tour guides are now living on what he refers to as a “government subsidy scheme,” the Macao Ready Go! Local Tours campaign. The campaign encourages Macau residents to sign up for local tours by providing subsidies worth up to 560 patacas.
The campaign is spearheaded by the Macao Government Tourism Office (MGTO) and operated by the tourism industry. So far it has attracted 74,000 registrants for the 660 local tour guides working within the campaign.
The income for each of the tour guides participating in the campaign should be more or less the same, according to the information Wong provided. Tour guides are not allowed to choose between tour groups or itineraries; they are assigned at random by lot drawing.
Nonetheless, the local tourism regulator expects their income will increase. The head of the MGTO, Maria Helena de Senna Fernandes, foresees that there will be more work for tour guides because the local tourism campaign will attract more participants with renewed or additional itineraries.
According to the tourism board chief, among the 15 itineraries offered in the campaign, those with marine or resort tours have proved more popular with the public.
Senna Fernandes has also disclosed that meetings have been held every week to review and decide on the details of the campaign. She hinted that studies are underway to determine additional itineraries.
This year is the 15th Anniversary of the Historic Centre of Macau being listed as a UNESCO World Heritage. The tourism board will also consider including more World Heritage sites in Macau into the new itineraries.
Besides the comments by the tourism regulator, the president of the Travel Industry Council of Macau, Wu Keng Kuong, has added that additional itineraries are required because many residents could not register for their preferred tours due to their excessive popularity.
The council president described the additional itineraries as “refreshingly new,” hinting that evening tours will be arranged because of the hot summer days. Originally, the council wanted to release the new itineraries this week, but due to procedural needs they are expected at the end of this month.
Wu was satisfied with the turnout and pledged to work on expanding the capacity of tours.
As for hotel occupancy, the MGTO head disclosed that there was no obvious rise in the past few weeks. Currently, the city has more than 40,000 hotel rooms. The tourism regulator is in discussion with hotel and resort operators to determine whether conditions will allow them to offer promotions targeting local residents in August.
Indeed, hotels and resorts across the city, especially larger ones in Cotai, have offered these so-called “staycation” packages to local residents over the past two months or so. However, normally local residents do not spend a night in a hotel room on weekdays, preferring to make use of such promotions on weekends.