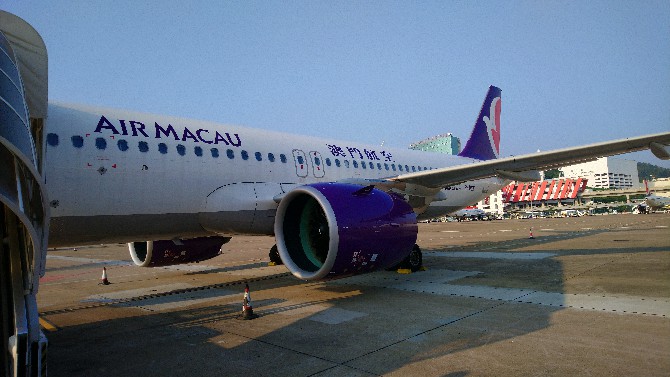 Air Macau staff that have remained outside of the Macau SAR have seen the pay cut by up to 90%, according to company insiders.
First reported by Jornal Tribuna de Macau, many of these workers have been staying outside of Macau for months. Some 50 pilots are believed to be affected.
Prior to the implementation of salary reduction, these crew members were already encouraged to take their annual leave during the peak of the pandemic, the Times has learned from an insider. Later, their base salary was cut by 90%.
Back in May, the chairman of the Civil Aviation Authority, Simon Chan, said that the flag carrier would reduce salaries to avoid dismissals during the pandemic crisis, as the Covid-19 outbreak has significantly affected the aviation sector due to border and travel restrictions.
According to the insider, those who stayed in Macau need to take seven days of unpaid leave per month, about one-third of the month in terms of working days.
As cited in the Jornal Tribuna de Macau report, co-pilots that remain outside of the city are only receiving about 11,000 patacas, inclusive of the housing allowance. The salary for pilots in command fell to 16,000 patacas, along with their accommodation allowance.
Flight attendants, meanwhile, are experiencing a more challenging situation as 10% of their base salary only amounts to 460 patacas. They are receiving another 4,000 patacas as an accommodation allowance.
During the beginning of the outbreak in late January, the airline had already cancelled over 100 of its flights to and from mainland China, Taiwan and Macau in a bid to prevent and control the spread of Covid-19.
It was only in March that it gradually resumed operations.
Due to the economic downturn, many crew members have already been suffering from a 90% cut in their basic salary for four months.
This remains problematic for them, as they are required to pay high rent in Macau as well as in the cities where they stay when flying out of Macau.
The media outlet also noted that it is aware of four pilots from Brazil who were forced to resign at the end of June as they started to count flight time earlier than when they were supposed to in order to raise their remuneration.
In a meeting with the Macau International Airport Company Limited last month, the airline said that that active planning is being carried out to resume more flights in due course.
The Times contacted Air Macau for comment yesterday, but no reply was received by press time.
Official data shows that Macau International Airport’s number of passengers fell 99.7% year-on-year to 1,836 in June.