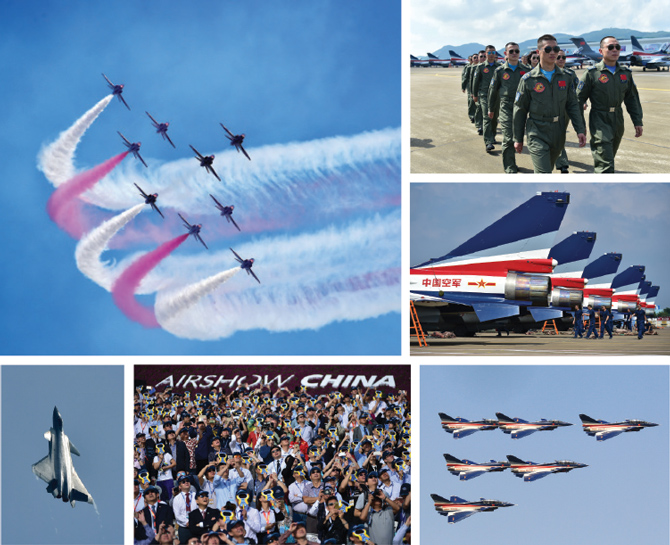 The China International Aviation & Aerospace Exhibition (Airshow China) is being held between November 1 and 6 in the neighboring city of Zhuhai.
Airshow China is the international aerospace trade show endorsed by the Chinese authorities. It has been held every two years since 1996. The show is a platform for international aviation and aerospace enterprises to demonstrate the latest technology innovations in the market.
China’s J-20 stealth fighter made its public debut at an air show yesterday, in the latest sign of the growing sophistication of the country’s military technology.
The fifth-generation warplane, which outwardly resembles the Lockheed Martin F-22 Raptor in service with the U.S. military, performed a series of maneuvers under overcast skies in Zhuhai.
The long-range J-20, armed with air-to-air missiles, performed its first test flight in 2011 and has been the object of feverish attention by the nation’s aviation buffs. At least six prototypes have been produced, according to an annual report on the Chinese military issued by the Pentagon this year. 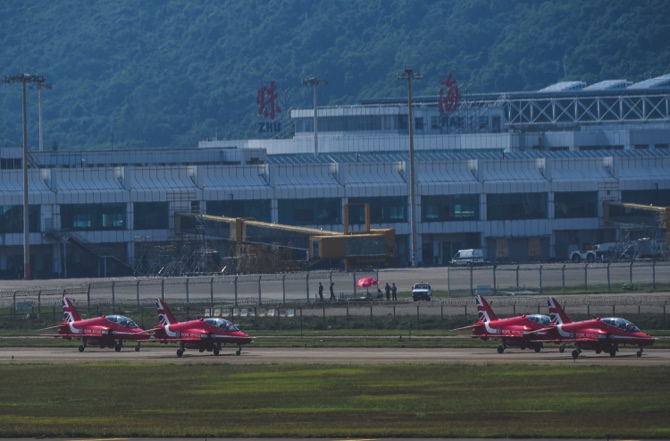