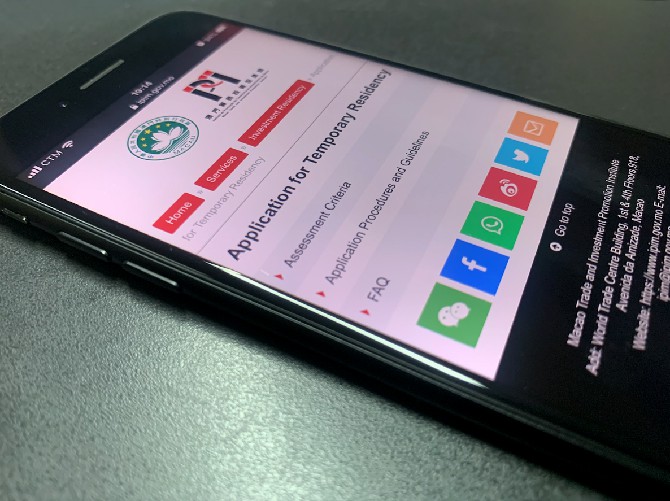 A parliamentary committee has proposed to the government to allow new immigrants on provisional residential permits to be considered as residing in Macau even if they do not stay overnight in the city.
Justifying the suggestion, lawmaker and president of the committee Si Ka Lon pointed out that there had been cases in which the applicants who were athletes were required to spend extensive time outside the city for training purposes, making them not able to stay overnight in Macau.
He added that some professionals, such as doctors and accountants, could not renew their immigration applications because they were only given the payment receipt, colloquially known as the “street-roaming paper,” issued by the Public Security Police Force.
He criticized the government for not upholding the concept of the Greater Bay Area. “The government wants people to integrate into the Greater Bay Area, but they don’t allow people to work in Macau and live in the Greater Bay,” he said, adding that he hoped the future legislation would be streamlined to address the matter.
On the sidelines of the committee meeting, Lau Wai Meng, President of the Macao Trade and Investment Promotion Institute (IPIM), declined to comment on the committee’s proposal on the grounds that the new immigration legislation was under public consultation.
Meanwhile, from December 2018 to the end of 2020, the IPIM reviewed 3,268 cases of technical immigration or immigration by major investment in which the applicants had not yet obtained permanent residency. Among these, 1,439 cases concerned technical immigration.
While reviewing these cases, the IPIM investigated applicants’ employment circumstances and habitual residences. As for immigration by investment, the IPIM checked the operating condition of the relevant businesses. These businesses also had to submit financial reports signed by third-party auditors.