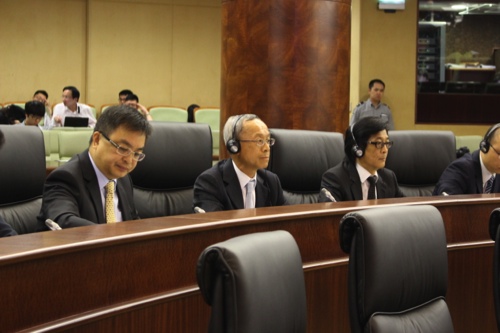 During yesterday’s Legislative Assembly (AL) plenary session, several lawmakers presented verbal enquiries regarding local housing issues.
They also attempted to elicit a promise from the Secretary of Transportation and Public Works, Lau Si Io, that the government will use all the idle land lots for the construction of public housing after they have been reclaimed.
However, the Secretary was only willing to promise that all available land will be used for the construction of residential buildings, without saying whether these buildings will be used for private or public housing.
The first housing-related enquiry came from Ng Kuok Cheong, who asked the administration to further clarify its plans for the future reclamation zone A, where Chief Executive Chui Sai On has decided to build 28,000 public housing units.
He questioned whether zone A is capable of housing such a large number of apartments.
The lawmaker also suggested that, before the reclamation zones become available, the government should still construct public housing projects on idle land throughout the city. Therefore, he wanted to know whether or not the authority plans to reintroduce the waiting list system in the application process for affordable housing. There is, in his opinion, enough land on which to build a number of apartments sufficient to meet the demand.
Secretary Lau Si Io responded by saying that the government has already launched procedures to annul more than 20 land grants. He has also claimed that all reclaimed land will be first allocated to the land reserve for the construction of public housing.
However, lawmaker Lei Cheng I wanted the Secretary to provide a more concrete promise. She asked whether, given the constraints on land resources, the administration would promise not to grant any further land to private developers in the future, and to instead utilize the remaining parcels for the sustainable development of the city.
“The government always claimed that it could do nothing due to the lack of land resources… My enquiry is [intended] to look for a concrete promise from the government that you should be directing the development and usage of all the [reclaimed lots and idle land you acquire in the future…]; that the government will use all the residential land for public housing and will build [social] facilities to answer the demands of the public.”
She added that, should the government fail to make this promise, it would appear to others that the land shortage is only an excuse for the administration’s incompetence.
“The demand for housing among Macau residents [arises] out of panic… People want you to provide a vision and a promise. Or else, the government will once again tell people that it has no land [for public housing], which will then fuel the private property market,” the lawmaker explained.
In reply, Lau Si Io said only that the authority would use the land for the construction of residential properties. “We promise that when there are lands [available]… we will make the announcement as soon as possible.”
He also reiterated that the government has no plans to grant the use of land located in reclamation zone A.
Nevertheless, the Secretary still failed to promise that all land would be used for the construction of public housing units in the future.
In addition to this discussion, Melinda Chan made enquiries about cases in which a number of residents in social housing units appeared to have a higher level of financial capability than should allow them to qualify for social housing.
The acting president of the Housing Bureau (IH), Ieong Kam Wa, admitted that the number of inspections carried out by the bureau’s officials is relatively low. He said that IH will be hiring more people and collaborating with property management companies in order to ensure that social housing units are only for those who are genuinely in need. 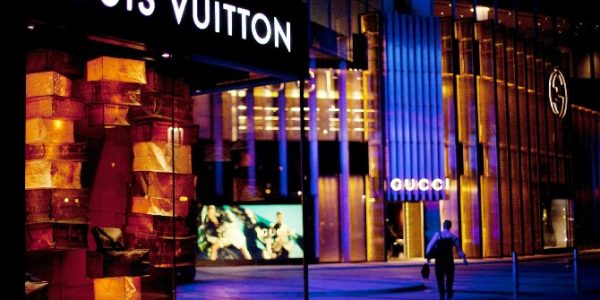