Karan Johar is one of India’s most successful and versatile film artists. He is director of blockbuster hit movies, head of hit-making production company Dharma Productions, actor, author, costume designer, DJ and huge celebrity as host of TV talk show Koffee With Karan. Born in 1972 into a film-making family – his father, the late Yash Johar, was the founder of Dharma Productions, Johar made his directorial debut at the age of 25 with trendsetting love story Kuch Kuch Hota Hai followed in 2001 by the megabit Kabhi Khushi Kabhie Ghamwhich shot him to the top ranks of commercial cinema directors in India. Working with the biggest stars in Bollywood, Johar continued to dominate the box office with Kabhi Alvida Naan’s Kehna , My Name Is Khan, Student Of The Year and Ae Dil Hai Mushkil.

Kim Yong-hwa is one of South Korea’s most successful filmmakers having broken box office records and gained popularity with audiences and critics alike. He has written and directed six feature films and all of them have been big box office success in South Korea and across Asia. His films tell intricate stories of overcoming adversity but in a playful and entertaining manner with sumptuous and cutting-edge VFX to enhance the storytelling. His filmography includes “Oh! Brothers”, “200 Pounds Beauty”, “Take Off”, “Mr. Go”, “Along with the Gods: The Two Worlds”, and “Along with the Gods: The Last 49 Days.”

Wang Xiaoshuai is one of very few masters who remains true to his art in spite of rampant commercialism in the Chinese film market. Evoking the trauma of ordinary Chinese people caught in extraordinary times, his works span different eras, yet consistently reflect a strong social conscience. Born in 1966, he was a graduate of Beijing Film Academy. At 27, he emerged as one of the key Sixth Generation directors with his debut feature The Days which was selected as one of the best 100 films of all time by the BBC in 1995. He followed up with Frozen and So Close to Paradise, the latter premiering in Un Certain Regard in Cannes. 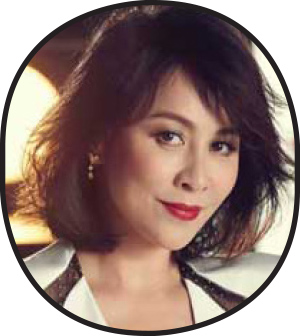 CARINA LAU is a celebrated actress from Hong Kong. She started her career in television, graduating in 1984 from the 12th artist training class of Television Broadcasts Limited (TVB) and starring in the series Police Cadet. She quickly turned to film, winning the best actress award at the festival of the 3 Continents for her role in Days Of Being Wild (1991) directed by Wong Kar-wai. She followed that up with impressive performances in Intimates (1997) for which she won the best actress award at the Golden Bauhinia Awards in 1998, Curiosity Kills The Cat (2006) for which she was named best actress at the Golden Roosters and Hundred Flowers Film Festival and Detective Dee And The Mystery Of The Phantom Flame (2010) for which she won the best actress at the Hong Kong Film Awards.

She was awarded the Best Actress at the Osaka Asian Film Festival for her role in Bends (2013). In 2015, in the stage play Tonnochy, she was nominated for the first time and won Best Actress of the 24th Hong Kong Drama Awards. In 2017, she served for the first time as the executive producer of In Your Dreams (2018), the prize-winning work of the 2nd First Feature Film Initiative i. She also starred in the film which was invited to be one of the opening films and competition films of the 2017 Hong Kong Asian Film Festival.

In 2017, she was invited to become a member of the Academy of Motion Picture Arts and Sciences. 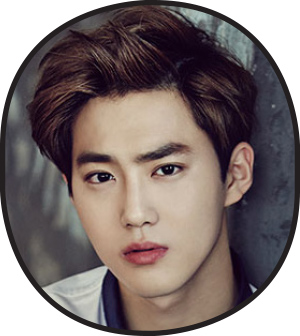 JUNMYEON KIM (SUHO) is a member of EXO, the quintuple million seller with hit songs like ‘Growl’, ‘CALL ME BABY’, ‘Ko Ko Bop’, and ‘Tempo’. The group has set new records for 5 consecutive years, and sold over 10 million albums in Korea, gaining popularity worldwide.

Junmyeon Kim is active not only as a singer, but also in various fields including musicals, dramas and movies. Among the two films he has played in the lead roles include One Way Trip and Middle School Girl A. He received the Discovery of the Year award at the JIMFF Awards during the 15th Jecheon International Music & Film Festival in 2019; proving his abilities as an actor.