Ambrose So uncertain what new economy chief means for gaming 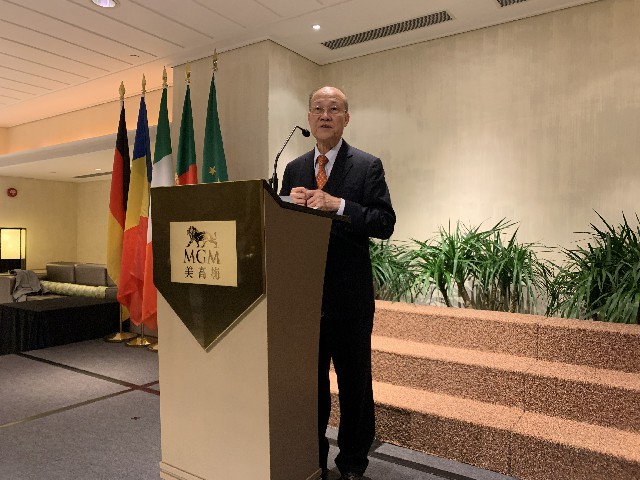 The Chief Executive Officer of SJM Holdings said yesterday that it was too early to tell what the Sunday appointment of Lei Wai Nong as Secretary for Economy and Finance-designate would mean for the future of Macau gaming.
SJM’s Ambrose So made the comments last night on the sidelines of an anniversary event for the Macau European Chamber of Commerce. Speaking to the Times, So said that the casino operator was waiting to learn the policy direction of the incoming government.
The effect of Lei’s appointment “is yet to be seen,” So told the Times. “We will wait until the next government takes office and see what policy it decides to roll out. One thing that the Chief Executive-designate [Ho Iat Seng] has already said is that everything will be laid out in very clear legal terms, and I think that is the way to continue.”
The six gaming concessions of the Macau SAR are scheduled to expire in June 2022, but little information has been released about the process.
On this matter, Lei will be advised by Paulo Martins Chan, the director of the city’s gaming regulator, who saw his appointment to the role extended for another year starting Sunday.
So also played down the contraction in gaming revenue this year, adding that he understands most analysts and trading houses expect moderate growth to return in 2020.
Gross gaming revenue reached almost 270 billion patacas over the first 11 months of this year, down 2.4% from the same period in 2018. Full-year revenue in 2017 amounted to 265 billion patacas.