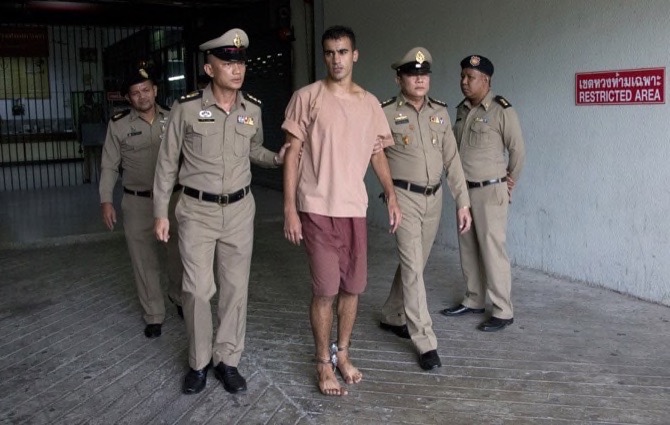 It was a week of sad and shocking images for football. From the murky depths of the cold sea that separates France and England came a chilling photograph, shot remotely, of the crumpled plane that crashed Jan. 21 as it was flying Emiliano Sala to a new career in the English Premier League, killing the Argentine forward and pilot David Ibbotson.

And on the other side of the world, in Thailand, TV cameras were on hand to film the pained, shuffling gait of imprisoned refugee footballer Hakeem al-Araibi in leg irons and bare feet, as he fought efforts in court to extradite him to Bahrain. The defender who was granted safe haven in Australia after fleeing a 10-year prison sentence in Bahrain in 2014 is terrified that he’ll be tortured if returned to the kingdom with a well-documented history of abuses.

Piling on the pain in football’s already tough week was a fire that torched the sleeping quarters of a soccer academy in Brazil on Friday, killing 10 people and injuring three.

In both the untimely death of 28-year-old Sala and al-Araibi’s battle for freedom, there have been emotional and impactful responses from football, heartening demonstrations of soul and decency from the world’s most popular sport, often so fixated by money. In mourning for Sala and campaigning for al-Araibi, there also have been signs that football and footballers are learning to leverage their power and reach for causes other than themselves, flashes of social conscience that should be nourished.

Had Sala not been a footballer, his body may never have been found. But fellow players, coaches and thousands of others poured donations into a campaign by his family to fund the search that located the wrecked light aircraft in the English Channel. The pilot is still missing, presumed dead.

Over the weekend, Sala was honored with a minute of applause at all matches in the top two leagues in France, where his play had caught the eye of Cardiff City, the Premier League club now mourning its new recruit. Nantes, which sold him, says it plans to retire his No. 9 jersey in memory of his 3½ seasons with the French club.

But as footballers and fans say goodbye to Sala, knowing that their generosity and support helped offer closure to his grieving family, they have everything still to do for al-Araibi.

Detained Nov. 27 at the start of what was meant to be a honeymoon in Thailand , the former Bahrain national team player is wanted back in the kingdom for an arson attack on a police station in 2012 for which he was sentenced in absentia.

Campaigners believe the case was bogus and have unearthed footage they say supports his claim that he was playing in a televised match at the time. They doubt Bahrain’s statements that he would be fairly treated if returned. That is partly because al-Araibi says he was tortured in custody before he fled Bahrain, telling The New York Times in 2016 that an officer “beat my legs really hard, saying: ‘You will not play soccer again. We will destroy your future.’”

Sounds familiar: Even a Bahrain government-ordered investigation reported deaths from torture in 2011 and said detainees were electrocuted, beaten on the soles of their feet, otherwise abused and reported being squeezed into tiny cells, sexually assaulted and other horrors. 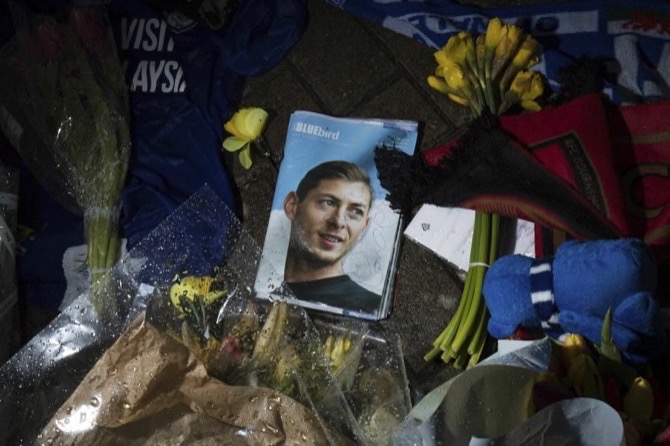 Tributes are placed outside the Cardiff City Stadium, Wales, for Emiliano Sala

Again, had 25-year-old al-Araibi not been a footballer, his plight likely wouldn’t have evoked much of a reaction beyond the human rights groups whose days are filled with such cases. There was no global reaction for previous renditions from Thailand of refugees and asylum-seekers to countries where campaigners said they risked ill-treatment. There was no equivalent of the #SaveHakeem campaign now catching on online  when, for example, Thailand turned over a planeload of asylum-seekers to China in 2015, flown back with their heads covered in black hoods and flanked by masked Chinese security agents.

So kudos to the star players, the likes of Leicester City striker Jamie Vardy and Juventus defender Giorgio Chiellini, who have spoken up this time, with tweets. That may not seem like much, but it is a start, better than nothing and makes one realize how the industry could, if everyone in it pulled their weight, do so much more to sway public opinion behind virtuous causes.  The majority of other players who have so far stayed silent on al-Araibi need to ask themselves why. Are they really that shallow, muzzled or uncaring?

Also bravo to Pascoe Vale FC, the club al-Araibi plays for in Melbourne, for its classy announcement this week that it has signed him up for a new season. Most of all, hats off to Craig Foster, the retired Australia and Crystal Palace midfielder who is spearheading lobbying for al-Araibi’s release.

And what of FIFA? Well, although it remains hard to forget and forgive the many years when football’s governing body was synonymous for corruption, thievery and turning a blind eye, FIFA’s lobbying for al-Araibi deserves encouragement, because it suggests that the organization long so impervious to doing the decent thing is genuinely trying to change and that its human rights commitments since the 2015 ouster of Sepp Blatter as FIFA president  aren’t simply window-dressing.

A letter to the Thai prime minister from FIFA Secretary General Fatma Samoura laid out that al-Araibi should never, as a refugee, have been detained and urged his release. Federico Addiechi, a good-governance officer at FIFA who is in regular contact with human rights campaigners, also traveled this week from Switzerland to Thailand and back just for al-Araibi’s hearing and, FIFA says, for meetings related to the case.

That isn’t enough for critics who want Gianni Infantino, Blatter’s successor as FIFA president whose silence on al-Araibi grows deafening, to speak out and for FIFA to consider ways to sanction Thailand and Bahrain. But, to be fair, what FIFA has said and done so far is surely more than it would have done in the past, and about a mess caused not by FIFA, but by authorities in Thailand, Bahrain and Australia.

The ultimate gauge will be if al-Araibi is released.

If not, then all of football, from FIFA down to the players, will have to answer the same question: Did we do everything we could? John Leicester, Paris, AP