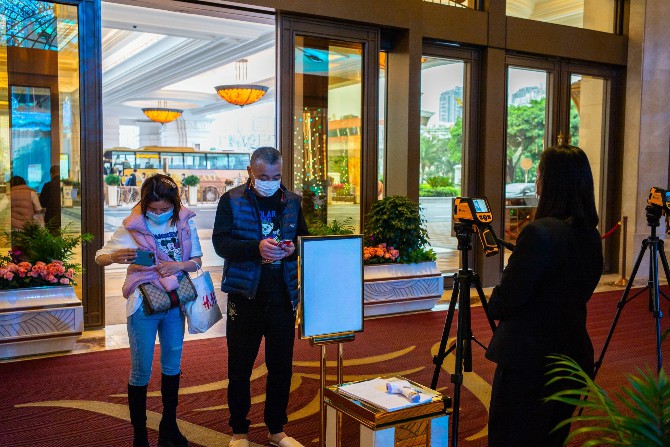 Gaming analysts expect that the lifting of quarantine measures announced this week will lead to a marginal rebound in the city’s gross gaming revenue (GGR). This move is seen as a first step towards normalization, as it offers a glimpse of hope that the Individual Visit Scheme (IVS) may soon resume.
Gaming analysts from different institutions have given different figures – from a 1% to 25% recovery – in response to Zhuhai officially relaxing the 14-day quarantine measures for those entering Guangdong province via Zhuhai.
The travel bubble – which excludes Hong Kong due to the increasing number of locally transmitted active Covid-19 cases – has not mentioned any daily quota or limits on leisure travelers. Therefore, many have become optimistic that the city will see a return in visitation – anticipating that it would increase during the Golden Week in October, which is a little over 10 weeks away.
The easing of travel restrictions is seen to be credit positive for gaming companies as tourist arrivals from mainland China accounted for 70% of the overall arrivals in the city last year, as well as of gaming operators’ revenue.
However, many are waiting for the central government’s resumption of IVS-issuance, which will allow visitors to return in large numbers. Last year, Macau recorded a total of 39.4 million visitors, 27.9 million of whom came from mainland China, with IVS travelers accounting for 46.8% of the total mainland visitors.
Ben Lee, managing partner of IGamiX Management & Consulting, said that all eyes are now on when the IVS permits will resume.
For Lee, it is still impossible to predict when that resumption will occur, but “that would be the logical step for China to assist in the economic recovery in Macau. One would hope that it could be as early as next month.”
Citigroup Inc. expects that the Golden Week will be a positive driver for Macau visits, as there will be limited safe travel destination options for Chinese visitors at that time.
“We remain hopeful that this Golden Week will be more “Golden” than usual for Macau if more non-Guangdong provinces and Hong Kong are added to the bubble before the Golden Week starts,” George Choi, a Hong Kong-based analyst at Citigroup Inc., wrote in a note after the government announcement.
For Lee, the month of October could be a highlight in an otherwise dismal year, assuming that there will be no further wave of Covid-19 before the Golden Week.
“We need that spark to reinvigorate investors’ confidence in that sector as well as to boost our local economy across the board,” Lee told the Times.
The positive news of quarantine waivers has prompted many gaming experts to predict the effect of the borders reopening on the city’s gaming revenues.
For Andrew Scott, vice chairman and CEO of Inside Asian Gaming, the initial estimate of the effect of the lifting of the quarantine measures is that the revenue might increase from the current 1% of normal levels to around 20% of normal levels.
Scott recalled that, prior to the quarantine measures, gross gaming was around 30% of normal levels.
“Last night’s announcement will have a huge effect on increasing revenue. […] It is very good to see things moving in the right direction, especially after the recent period of frustration we’ve had. Many people felt we were long overdue for the quarantine measures to be lifted,” said Scott.
For the gaming expert, last night’s decision by the authorities was an “official start of the recovery.”
“Yes, this is a step towards [the] normalization of the city. Just a step, but a very important one,” said Scott. 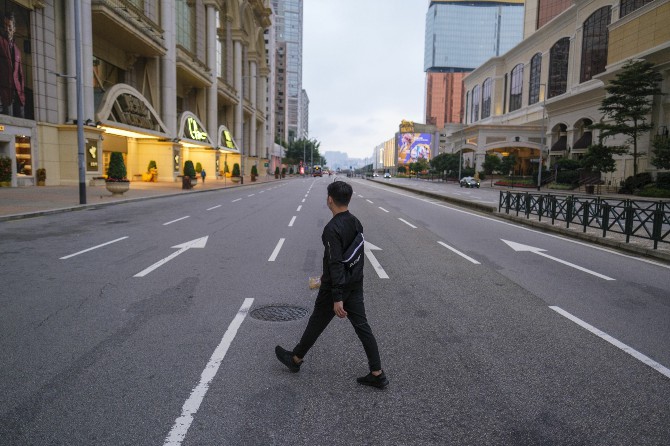 However, the gaming expert noted that he would not be so “presumptuous” as to give any timeline for the recovery. “It is too early for that, and others who have attempted to comment on a timeline have lived to regret their attempts,” he said.
June’s GGR declined by 97% year-on-year to just 716 million patacas.
Since February, when the impact of the coronavirus was beginning to be felt in Macau, revenue has tracked at near-zero levels.
If IVS is reinstated soon, Scott estimates that GGR could return to around 50% to 60% of normal levels.
Meanwhile, analysts at brokerage Sanford C. Bernstein Ltd are still expecting some restrictive hurdles to take place despite the new relaxation measure.
“Individuals coming to Macau from outside of Guangdong would face difficulties in travel as they would likely need to stay in Guangdong for two weeks prior to travelling home, which will severely restrict visitation,” said analysts Vitaly Umansky, Tianjiao Yu and Kelsey Zhu.
For the analysts, the city could jump to 70% of pre-Covid levels if the IVS was reinstated.
JP Morgan’s DS Kim, Derek Choi and Jeremy An expect an improvement of between 20% and 25% of 2019 levels, or 150 million patacas to 200 million patacas per day, in the coming month.
The figure is expected to “be a litmus test for the size of pent- up demand, helping to set a base-line for 2021 recovery.”
“Once the Macau-Guangdong travel bubble is proven successful (such as no hike in Covid-19 for a few weeks), we believe China’s government could further open up the border to non-Guangdong in phases, along with the resumption of visas,” the analysts said.
Credit Suisse analysts Kenneth Fong, Lok Kan Chan and Rebecca Law expect the recovery to reach 15% to 25% of pre-Covid-19 levels, with only Guangdong opening.
Despite the positive predictions, however, many worry that the economic growth of the city will remain subdued, as the world economy has been dramatically affected by Covid-19.
“Even if there is no disease and no travel restrictions, we still have a vastly weakened economy. This will lead to a reduction in Macau GGR. It may take several years for us to return to 2019 levels,” Scott said.
The statement is in line with Moody’s Investors Service’s Sean Hwang, AVP-Analyst of the institution’s Corporate Finance Group, who expects that the lifting of the quarantine measures will help reduce gaming operators’ cash burn.
“However, we expect the recovery in Macau SAR’s gaming market to be slow, given continued restrictions and new requirements for travel, sluggish economic growth across the region, and the public’s lingering fear of contagion,” said Hwang. 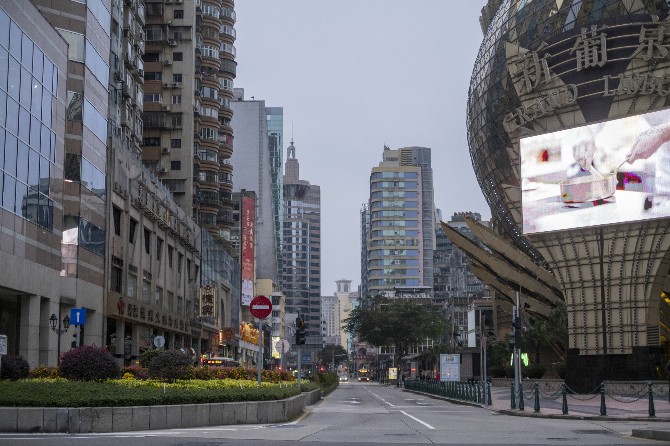