Angola | Economy contracted by 1.6pct in the third quarter of 2018 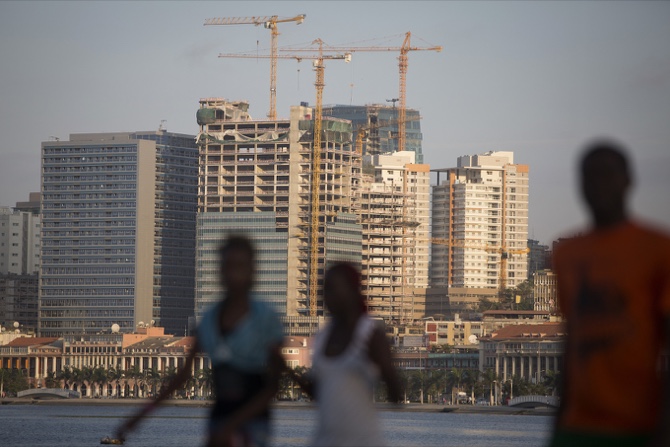 Construction cranes operate among new skyscrapers being built in Luanda

Angola recorded a 1.6 percent economic contraction in the third quarter of 2018 and ended the year with an inflation rate of 18.6 percent, the National Statistics Institute (INE) said on Monday in Luanda.

José Calenge, from the National Accounts and Statistical Coordination Department of INE, said that the year-on- year drop in gross domestic product in the third quarter was due to poor performance in sectors such as oil, diamonds and agriculture.

This is the third consecutive quarter of recession in the Angolan economy in 2018, after declines of 4.6 percent in the first quarter and of 7.4 percent in the second quarter, according to figures previously announced by INE.

INE figures show that the third quarter of 2017 was the last one in which the economy in Angola grew – by 2.79 percent of GDP – compared with the same period of the previous year.

The 2018 inflation rate, in turn, was 60 basis points higher than the government forecast included in the General State Budget bill for 2019, which was presented in parliament last October and has since been approved.

Prior to this downward review, the government forecast an inflation rate of 28.8 percent for the full year 2018.  MDT/Macauhub