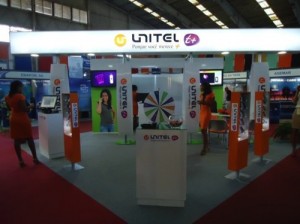 Cabo Verde (Cape Verde) is the latest Portuguese-speaking country to attract the attention of major business and financial groups from Angola, which are expanding internationally and have gained prominent positions in telecommunications and banking in the archipelago.
According to a recent issue of the Africa Monitor Intelligence newsletter, Cabo Verde’s telecommunications carrier CV Telecom, owned by the state and Portugal Telecom, is currently losing its market-leading position to Angolan-owned Unitel T+.
With an aggressive campaign to conquer the market, Unitel T+, controlled by Angolan businesswoman Isabel dos Santos, is making things difficult for the market leader, including at a profitability level, Africa Monitor said.
The Cape Verdean Prime Minister, José Maria Neves, recently announced a protocol between the government and Unitel T+, which included offering a smartphone to every worker in the public sector, a Unitel T+ customer, and management of the database created by the scheme.
The entry of Unitel in the market occurred by absorbing a small local company, T+, as was also the case in Sao Tome and Principe, and was underpinned by trips to both countries by its main shareholder, Isabel dos Santos, who was by the countries’ highest authorities.
Unitel and Portugal Telecom have been involved in a public dispute, the focus of which is the Portuguese operator’s stake in the Angolan company (about 25 percent) and for the last few months a potential sale of this stake has been under discussion.
Alongside this, a telecommunications carrier in Portugal that is part-owned by Isabel dos Santos and is PT’s main competitor in its home market, has recently merged with the market’s third mobile operator, thus increasing its size and competitiveness.
In Cabo Verde, Africa Monitor Intelligence said, the government is considering removing telecommunications infrastructure from the concession contract of CV Telecom, and in future the infrastructure will managed by an independent company.
PT considers this to be a unilateral revision of the concession contract, implying a claim for compensation from the State or its withdrawal from the company. In the banking sector, the arrival of a new competitor, Angola’s BIC, similarly part owned by Isabel dos Santos, also promises to shake up the market.
BIC’s arrival to the market is facilitated by large investments and may be carried out by converting a branch of the former Portuguese bank Banco Português de Negócios (BPN), operating as an “offshore” bank in Cabo Verde, into a retail bank.
BIC, which has a large presence in Angola, has been expanding in Portugal, particularly following BIC’s acquisition of BPN, which had operations in Cabo Verde and Brazil, allowing BIC to expand its branches to 200 in the Portuguese market, with around 1,100 workers.
Africa Monitor said that the leadership position of the Caixa Económica bank could also be affected. The retail bank, along with CV Telecom, is one of the few public or mixed companies to distribute dividends.
Sonangol, the Angolan state oil company, was the first major Angolan investor in Cabo Verde and currently controls fuel distributor Enco in partnership with Portugal’s Galp Energia, of which it is also a main shareholder.
In Sao Tome and Principe the presence of the Angolan oil company is also prominent, as it has major interests in fuel distribution, transportation, port activity and even oil exploration.  MDT/Macauhub