Animal Farm | An exercise of Patriotism?

The two-year Chinese sovereign bond issue in Macau will be a good exercise to see how far patriotism will go. I hope I’m not running the risk of spreading false news as our Secretary for Security would not forgive me.

The immediate conclusion: the whole issue will be taken! More for the sake of patriotism, than any economic rationale, unless an abnormal appreciation of the Yuan occurs upon maturity.

It will be a successful issue of only two billion yuan, in fact a mere drop in the Chinese ocean and Chinese aspiration for world circulation of the Yuan, as a reserve and as a global settlement currency!

It will also be another good exercise in patriotism that awaits our people and our banks, and AMCM itself, knowing that the latter will fill in as subscriber of last resort if the demand is not enough.

The little investors do not know anything about swaps otherwise they would have known soon enough how much they would be set to gain, but I anticipate that to be only a little, at best.

Let us then begin this exercise: our local patriot, if he has no yuan, will have to buy them.

So, let’s do a simple financial exercise. I hope that I will not err in my calculations, otherwise I will be finally accused.

I already have photos and all my fingerprints taken, even the palms of my hands. I cannot remember if prints of my feet have been taken too, from the last time I accosted a local citizen who had beaten a small animal. Imagine, a police guy, too!

First scenario: Anyone who invests two million patacas in yuan in such Chinese Treasury Bonds placed in Macao at the interest rate of 3.3 percent per annum with interest paid and accrued semi-annually will lose at the end of the two years 6,854.14 patacas if the yuan moves in the two years in the same way it evolved in 2018 alone. According to AMCM’s statistics, it depreciated 4.84 percent (my calculations). That there would be the loss of capital.

But, in reality the loss will be much more, because in addition to this capital there is the loss of interest should the funds have been invested in an alternative pataca-based fixed deposit at 2.5 percent per year. At the end he would lose 108,104.14 patacas!

Patriotism is just that: open the shirt, fill the chest and meet a hail of bullets for the sake of the Motherland.

But Patriotism is not an exercise in stupidity for anyone involved! Of course, in this game there will always be “forced” patriots who will expect future allowances for other endeavors.

The moral of the story: if the scenario is this, China should be careful with the invitation it makes to these people of the second system. If a lot of people get involved in this business and in the end lose part of their savings, the social climate will be a mess! And this is the last thing China wants!

Local people do not like to lose, even when playing with beans!

Scenario two. Let’s simulate the Yuan at the end of the period moving according to the average of the end-values of the last three years (2016 to 2018), that is, if it appreciates by 0.97%.

Then, there will be no capital loss but a gain of MOP114,837.51 at the end of the application, exceeding the application in patacas in a two-year fixed deposit at MOP13,587.51. In this case the investment would be a good option!

To conclude, the investment in yuan may produce the same amount of income as a risk-free fixed deposit in patacas, should the Chinese Yuan appreciate only 0.22 percent at the end of the two-year period!

Even in a land of the gamble, we must be careful! 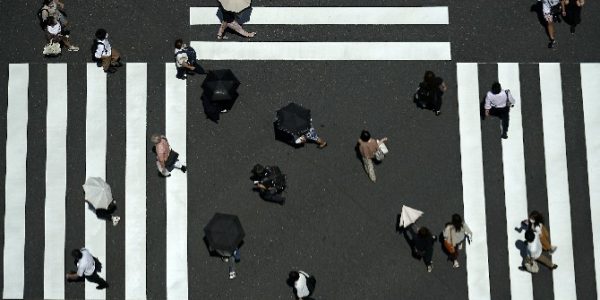 China and the global Covid-19 economy