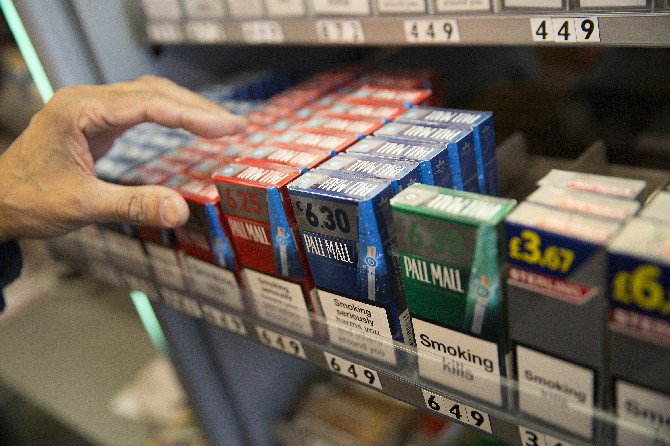 Macau should raise its tobacco tax to 75% of the retail price for each pack of cigarettes, Brenda Chan, executive director of the Smoke-free and Healthy Life Association of Macau (SHLAM), has said.
Chan made the comment in an exclusive interview with the Times regarding the government’s proposal of further raising the tobacco tax in Macau. The group’s head noted that the current tax level is 60% of the retail price of each pack of cigarettes.
The Health Bureau recently conducted a review on the implementation of the current version of the counter-smoking law. It identified several areas that the authority found concerning, such as the importation and use of e-cigarettes.
In order to combat these problems, the authority recommends that the importation of e-cigarettes be banned, so as to further restrain the popularity of the product. An increase of the tobacco tax has also been proposed to achieve proximity to the level proposed by the WHO.
When questioned about the group’s reaction to the suggestion, Chan said that they are happy about the proposal. “We have been advocating for the tax increase,” she added.
Justifying the group’s position, the group representative listed two major reasons. Firstly, she said, the tax level is recommended by the WHO, which has deemed this as “the most effective way to discourage smoking,” according to Chan.
There is data to support this claim. Chan said that, according to the WHO, raising the tobacco tax to 75% is effective in discouraging 8% from the low-income group, including young people, to smoke. On an overall scale, it can decrease smoking by 4%.
The second reason why the group is in support of the tax hike is that Macau last raised its tobacco tax in 2015. Combining the two factors, the group find it justifiable to raise the tax within a foreseeable future.
In addition, she briefly mentioned that the tobacco tax level in Macau is lower than that of other regions, such as Hong Kong and Singapore.
As to how much the tax should be, Chan referred to the WHO-recommended level. She said that a balance needs to be achieved between the economy and health problems caused by cigarette smoking.
She added that the government has been working in a gradual manner.
However, when questioned as to whether she agreed that a tax hike may lead to layoffs within, or economic impacts upon, the tobacco agency sector, her answer was in the negative, but she noted that it is more about caring for people on an emotional level.
Nonetheless, a tax hike may not be as effective to discourage smoking as the WHO claims, according to an article by Dr. Stanton A. Glantz titled “Tobacco taxes are NOT the most effective tobacco control policy (as actually implemented)” from 2014 suggests. The article was posted on the website of the Center for Tobacco Control Research and Education of the University of California San Francisco.
Chan provided alternative ways the group has been using to discourage smoking. For instance, they would start with a “family appeal,” stressing the importance of a family in its entirety and thus supporting a non-smoking approach.
The group would also stress hazards caused by second-hand smoke on co-living family members, especially younger ones.
“Older smokers do care more about their grandchildren,” Chan admitted.