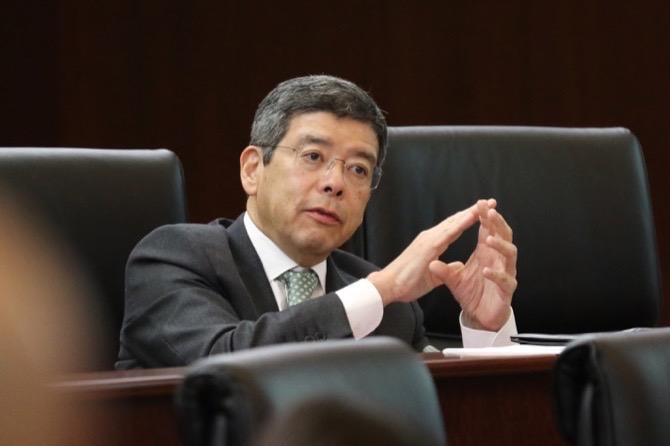 The government has planned to rebuild the automatic solid waste collection system in Areia Preta, Secretary for Transport and Public Works Raimundo Arrais do Rosário told lawmakers at the Legislative Assembly (AL) earlier this week.

Due to a malfunction, the waste collection facility has been abandoned since October 2018.

The issue was raised by lawmaker Ho Ion Sang, who requested that the SAR government explain its plan for Macau’s automatic trash collection systems, which have been experimentally operated for 10 years.

In response to Ho, Rosário explained that the Areia Preta solid waste collection system had been in use for more than 10 years, and that “the whole system cannot be saved, a new one needs to be made.”

According to Ho, the system was built at a cost of MOP120 million, and was originally estimated to have a 25-year service life span.

The secretary replied that he was unaware of the 25-year life span, and acknowledged that the system’s damage was related to improper use by residents, such as throwing out garbage which should not have been left in the trash collector.

In addition, the government plans to install a pipeline garbage collection system in New Urban Zone area A. The pipe will be able to be barred into buildings’ garbage rooms.

The government is open to conducting research to install the same system in other regions.

Rosário said that the government plans to start charging fees, first to landfill parties, before the policy is implemented in other sectors.

Rosário also remarked that Macau produces lots of trash on a daily basis and that the volume of waste per capita has not decreased. This is due to the fact that Macau hosts over 30 million tourists each year, with part of the trash volume being produced by non-local workers and the large number of tourists.

Meanwhile, Rosário claimed he would, if necessary, reduce the number of parking spaces on the streets. He believes that the low usage of public parking lots is related to residents’ habits, not fares.

The secretary claimed he would consider expanding pedestrian routes, increasing traffic lanes and greening the environment near public parking lots.

In response to critics accusing the government of decreasing the number of parking spaces on roads, Rosário said that it is necessary to balance the benefits of the various stakeholders on public roads.

Agnes Lam said that Macau’s roads cannot take more than 210,000 parked vehicles. According to the Transport Bureau, there are currently more than 231,700 parking spaces in Macau, plus 16 km of open parking sections at night, 138,000 private cars and 75,000 motorcycles.