Armed drill to be conducted Friday at Venetian Macao 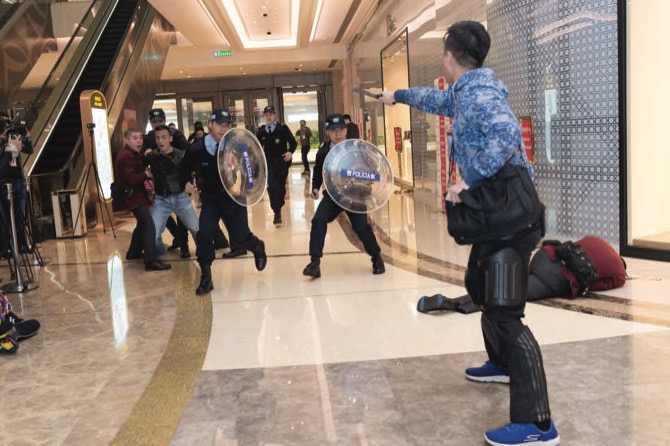 An armed attack drill will be conducted at the Venetian Macao integrated resort in Cotai on Friday, in order to help the police, government departments and the casino to better know how to respond to a real attack.

Dubbed Wolf Hunting 2019, the exercise will count the participation of the Judiciary Police, the Public Security Police Force, the Fire Services Bureau and the Customs Service. It will be coordinated by the Gaming Inspection and Coordination Bureau and the Unitary Police Service.

The exercise will simulate an attack on the integrated resort led by armed assailants, including bomb threats, injuries and a hostage-taking scenario.

The Venetian Macao was chosen to host the attack drill in part due to its proximity to the barracks of the Macau Garrison of the People’s Liberation Army. Last year, the authorities conducted a similar attack drill at Galaxy Macau, also in Cotai.

In 2017, a real attack at Resorts World Manila entertainment complex in the Philippines left dozens of people killed and injured. In October that year, 58 people were killed and hundreds more were injured in a mass shooting at a music concert at Las Vegas’ Mandalay Bay Resort.

Steve Vickers, CEO of Steve Vickers and Associates (or SVA), a specialist political and corporate risk consultancy, has warned for several consecutive years of the possibility of a terrorist attack in Macau in its annual Asia Risk Assessment report.

Echoing the warnings of previous years, SVA wrote in this year’s report that the prospect of a terrorist attack in the Macau SAR remained “a perennial problem positing serious criminal and reputational threats to investors.”

“The prospect of a terrorist attack on a casino is also a chronic worry, although Macau has recently taken some steps to limit the danger,” added the report. DB